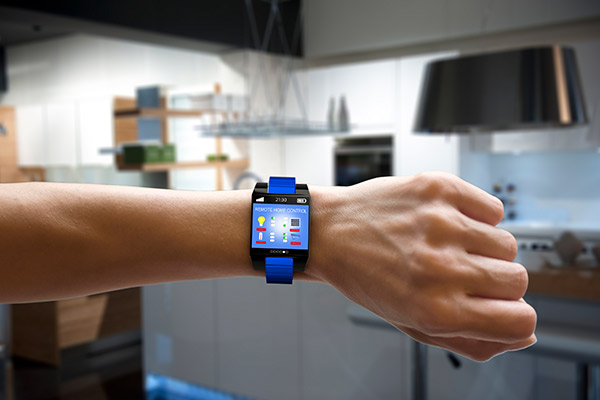 Companies, like Apple, have built their reputation around the successful forecasting of trends. Just look at the iPod. When digital music downloads became all the rage in the late 1990s, and illegal file sharing created a highly publicized legal battle between music sharing platforms and recording artists, the market outlook for MP3 players was grim, at best.

Like every great innovator, however, Steve Jobs saw potential in the problem and offered a solution to both parties: a portable MP3 player with a solid user experience. Partnering with Apple’s all-new iTunes Store, Jobs’ revolutionary iPod offered a way for users to enjoy an extensive, affordably priced music library and an organized way to store and access their tunes from anywhere.

Now, Apple is applying similar strategies to the wearable technology sector. According to Tech Crunch, “During the company’s recent earnings call, Apple CEO, Tim Cook, noted the company’s wearable division now rivals the size of a Fortune 500 company.” Yes, you read that correctly – the tech behemoth’s wearables division alone is larger than a vast majority of American businesses.

However, Apple isn’t the only tech giant jumping on the wearables bandwagon. In 2019, Google created headlines by purchasing smartwatch and activity tracker company, Fitbit, for an astounding 2.1 billion dollars. This acquisition clearly indicates that Google is finally jumping into the smart wearables space, with their eyes set on grabbing some of Apple’s Fortune 500-sized market share.

With all the major tech leaders throwing their hat into the ring, wearable technology is now bigger than ever. Almost 70 percent of Americans surveyed in 2019 reported owning at least one wearable device. Sales for smartwatches were also up 51 percent, with consumers spending over 5 billion dollars on these devices in the same year. Not to mention, wearables are expected to grow another 34 percent in 2020, according to a recent estimate by Gartner. By 2022, the industry will quadruple from its current size, and there will be over 400 million units in use.

You might be wondering, why is wearable technology the next big thing? Well, as anyone with their own wearable device will tell you, these products not only enhance users’ lives with seamless communication and tasking capabilities, but they are also emblematic of consumers’ desire for constant connectivity. Consider the current demand for smart-home features, which has intensified over recent years, as   homeowners and apartment residents alike want to maintain continual contact with their home when they’re out and about.

Constant connectivity has become so important to Millennials and Generation Z that these two demographics are willingly forgoing popular, must-have features for smarter spaces. For example, nearly half—around 44 percent—of survey respondents reported that they would sacrifice their designated parking space to live in a smart apartment. The appeal of wearables intersects with the desire to utilize smart home technology. With the use of a wearable, you’ll be able to easily manage personal workflows and devices directly from your smartwatch. Just think of it as a control hub, of sorts.

With all the buzz surrounding wearables and smart home tech, it’s clear to see that we are now entering the age of “Novum,” a term used by science fiction scholar, Darko Suvin, to describe the shift from science fiction to scientific fact. Simply put, innovations that once existed solely within the realm of science fiction novels are quickly materializing in the real world. One such reality is 5G, a fifth-generation wireless technology that encourages a friendlier, easier-to-use IoT (Internet of Things) ecosystem and will allow wearables to truly thrive in the multifamily sector and beyond.

Wearables combined with better connectivity equals more possibilities for renters to connect with smart devices. Consumers can look forward to managing single-action capabilities directly from their wristwatch. Down the road, wearable devices will be paired with everything from Wi-Fi-enabled kitchen appliances and washing machine units to smart TVs and thermostats! With these capabilities, you can start dinner, laundry, or your DVR queue all from home. Imagine how impressed your future residents will be when they learn that your community’s offerings align with their always-connected, on-the-go lifestyle.

Users can also choose to automate certain processes and step away from their workflows completely, as opposed to cherry-picking the tasks they need handled at home. For example, AT&T has already rolled out certain home automation capabilities, like switching off water flow when a leak is detected. Machine learning and natural language processing, which has given devices, like Amazon’s virtual assistant, Alexa, previously unforeseen capabilities, will continue to advance home automation as we know it, becoming increasingly complex in their abilities.

Not only is it advisable that your multifamily team consider future trends on the individual basis, but it’s important to understand how all of them—5G, smart home tech, and of course, wearables—can be used collectively to create a seamless living experience for your next-generation renter. Although the implementation of smart home tech may present challenges to multifamily developers and operators, your community’s reputation as a leader in the sector is dependent upon your ability to embrace various types of technology before society is completely immersed in their possibilities.

Remember, a little foresight is what separates industry leaders, like Apple and Google, from its imitators. By investing in these changes now and embracing the adoption of wearable tech, your property will give itself a competitive edge in the trillion-dollar industry that is multifamily housing.