Lifestyle-Forward Amenities and Community Building Have Gone Digital: Are You Ready? 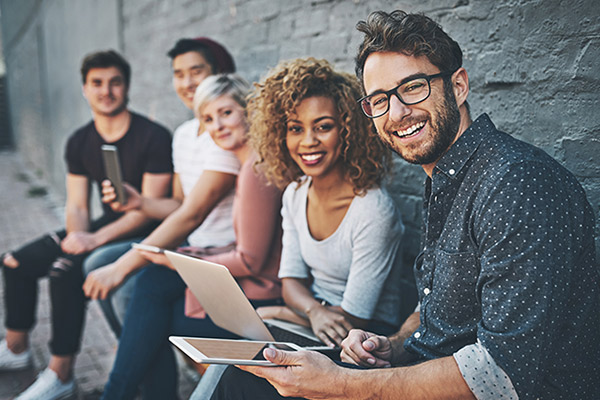 There’s no doubt that the sharing economy is redefining the meaning of public spaces. And, it’s not just the sharing economy—it’s digital technology as we know it, which has transformed social interaction in ways that are still trying to be understood by everyone, from medical professionals and marketing firms to those of us in the multifamily sector.

Commercial spaces set the precedent for the “sharing” trend, with businesses moving towards building more collaborative workspaces, like the modern-day headquarters of Google and Pixar. However, these businesses did not pull the idea that physical surroundings influence relationships out of thin air. Instead, they drew inspiration from a 1950 study entitled, Westgate West, which was conducted by psychologists, Leon Festinger and Stanley Schachter and sociologist, Kurt Back.

In this study, these brilliant social scientists theorized that physical space was the key to friendship formation, as opposed to values, beliefs, or attitudes. The research team tested this theory by surveying college students, residing in a student living community by the name of Westgate West, nine months after they moved in. The students were requested to list their three closest friends, with 42 percent of responses being names of direct neighbors. Even more fascinating, the students inhabiting the bottom floor of the two-floor building were the most popular— simply for the fact that they lived at the bottom of the staircase, forcing upstairs residents to interact with them more frequently.

In social psychology, this phenomenon has become known as the “propinquity effect,” and it’s a common occurrence in group settings, like offices, universities, and of course—apartment buildings. What was concluded in this study 60 years ago still holds true today—residential propinquity builds relationships between residents living within the same apartment communities,  neighborhoods, and now, online. Thanks to this study, the collaborative workspace was conceived, as a hub for different ideas from varying perspectives to come together and work in harmony. Google and Pixar believed this model would promote teamwork, and after it was implemented, a new foundation for how we work with one another was formed.

So, why shouldn’t collaborative spaces extend to residential living, as well? Westgate West was about residential propinquity, after all, and lent validity to building a strong sense of community at your property. According to the National Multifamily Housing Council, “The hard line that used to exist between public and private space, as soon as you stepped through the front door of an apartment community, is becoming much more fluid.” Collaborative consumption has been touted by Millennials, and now, Gen-Z as younger generations uphold “borrow” culture. With the sharing economy projected to grow to nearly 87 billion-dollars by 2021, it’s evident that all demographics of Americans have become increasingly willing to lend and borrow assets and services.

Being that the importance of community and sharing resources resurfaces time and again in 21st century culture, apartment residents are clamoring for community spaces that promote socialization, encourage rapport, and reinforce relationships. Multifamily professionals have been looking to other industries, such as hospitality, for inspiration in this arena. Multifamily’s resulting mixed-use developments have become very appealing in the marketplace, sporting a 24/7 feel where residents can hop from apartment home to shopping center to bar or restaurant. Since walkability is also very popular amongst renters, this type of lifestyle, which eliminates car travel, is highly sought-after.

Providing these lifestyle-forward amenities and conveniences is a dependable way to improve the resident’s experience, consequently leading to positive reviews and ratings and more prospects. But, if your management team wants to take it a step further, you should also consider solidifying digital community spaces, as well. Building a sense of solidarity online can be as simple as sharing information through your community website, social media channels, or resident portal.

With 88 percent of Facebook users and 80 percent of Twitter users accessing these channels from their mobile devices, property owners and managers can use social media to keep residents up-to-date with any maintenance issues, emergency announcements, or community happenings. Using social platforms that boast heavy viewership is a great way to streamline communication. The goal is to engage with your audience, offering them relevant, valuable information, instead of pushing a straightforward sales pitch. This interactive approach is dynamic enough to serve both prospects and residents.

When deciding what content to post to your property pages, we recommend highlighting local events and other important information prevalent to your neighborhood. Informing your online audience of different social happenings, popular dining spots, or the best nearby attractions not only speaks directly to your residents, but it also promotes your community’s location to interested prospects. Localized content is easy to provide, and in turn, it encourages everyone, who follows your brand pages, to connect with your business, increasing your web traffic and bolstering online engagement.

Given the pervasiveness of residents’ online usage, they will be also accepting of a digital platform, like a resident portal, where they can manage all affairs associated with their apartment home. Resident portals simplify the leasing process, eliminate common human error or miscommunication, and create unique digital spaces for communities to congregate, learn, and converse. Provide residents with digitized capabilities like these, and you’ll likely witness increased satisfaction and smoother day-to-day operations.

As providers of multifamily housing, it is important that we consider not only how our properties meet residents’ basic needs, but also how they facilitate a larger sense of community. The landmark Westgate West study indicates that science is on our side – we simply must find ways to accommodate interaction between residents and their neighbors, as well as community staff, to experience higher retention. Fortunately, the popularity of online platforms and the ever-expanding power of the Internet has made community-building a feasible goal for properties willing to invest in its most valuable asset – their residents – and promote the endless conveniences afforded by shared spaces—whether they be online or otherwise.