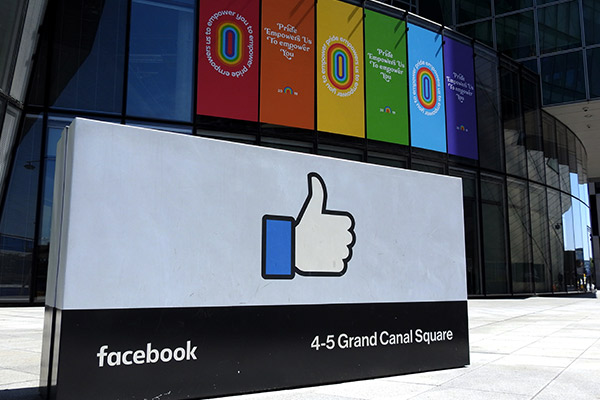 Facebook advertising has long been a cornerstone of digital marketing strategies across a range of industries. Where else can strategists enjoy seamless access to millions of users, many of whom might be searching for their next apartment home? From showcasing products to publicizing team culture, it’s little wonder why Facebook is utilized for sales and branding efforts, which are delivered straight to the screens of 7 in 10 American adults.

In fact, Facebook ads are the second most powerful digital advertising medium on the Internet. In 2018, Facebook advertising accounted for just under 22 percent of all digital advertising revenue in the United States – second only to Google and ahead of Amazon. The social media giant booked 55 billion dollars in advertising revenue in that year alone, reflecting a 30 percent increase in profits year-over-year. Facebook is also the most popular social media network in the world with approximately 2.23 billion monthly active users; therefore, it’s an effective platform to utilize while advertising for your business.

However, Facebook advertising has recently undergone certain modifications in response to recent judicial events. In September 2018, the American Civil Liberties Union served Facebook with a class action job discrimination suit, claiming that their paid ad platform enables advertisers to exclude users based on certain classifications. In March 2019, the Department of Housing and Urban Development filed a similar suit against the social network for their treatment of housing ads. HUD found Facebook’s advertising policies in direct violation of the Fair Housing Act, a law passed in 1968 that strictly prohibits housing discrimination based on color, race, religion, gender, national origin, familial status, and disability.

In response to these suits, Facebook has enacted significant restrictions to its digital advertising platform. The restrictions have changed how advertisers may reach their target audience with paid posts relating to housing, employment, and credit opportunities, drastically altering how multifamily communities can filter prospects within Facebook’s digital sphere. These changes include the elimination of a filtering option that once allowed the targeting of Facebook users by “multicultural affinity” – or user activity that suggested interest in specific racial communities. Additionally, the platform now forbids advertisers from targeting their messages using age, gender, and ZIP code filters.

In addition to their updated advertising policies, Facebook has announced plans to introduce a separate housing search aggregate, similar to search engines like Zillow. Of the new tool, Facebook executives stated that it would display “all current housing ads in the U.S.” and would allow users to access all ads “regardless of whether the ads are shown to [them].” Though no further details have been released, market analysts believe that the tool will aggregate all advertisements for housing products and services, extending from homes for sale to vacant lots ripe for new development.

Even though there’s no official release date for the new housing search platform, Facebook’s ad targeting revisions are already enabled online. Therefore, when an apartment marketer publishes an ad, they will no longer see these former filtered options on their screen. As seasoned multifamily professionals know, however, effective digital marketing does not end with compliant Facebook ads. For this reason, many marketers in the industry are working to prioritize branding and customer service over paid advertising.

Instead of relying upon sponsored posts to solely drive conversions, marketers will have to take their strategy to the next level, utilizing a compelling brand personality to cultivate a digital following of potential residents. Part of this brand image should include treating Facebook and its Messenger platform as an extension of your human leasing team. Social media managers will want to use Messenger to efficiently communicate with Facebook-driven leads, post content that resonates with target audiences, and address Facebook reviews – positive and negative – on a daily basis. Demonstrating a commitment to customer experience will help apartment communities withstand any changes Facebook may implement over the coming years.

As the web becomes increasingly regulated, Facebook has witnessed many changes. Due to recent events and court rulings, the media giant has turned its attention to the once-neglected sector of housing. Communities must familiarize themselves with the changes taking place within all digital spaces, so they may continue to effectively market their properties online. As we inch closer to 2020, multifamily professionals can expect to see more competition amongst Facebook advertisers, a heightened focus on branding, and eventually, a new housing tool that places apartment communities front and center for searching renters.