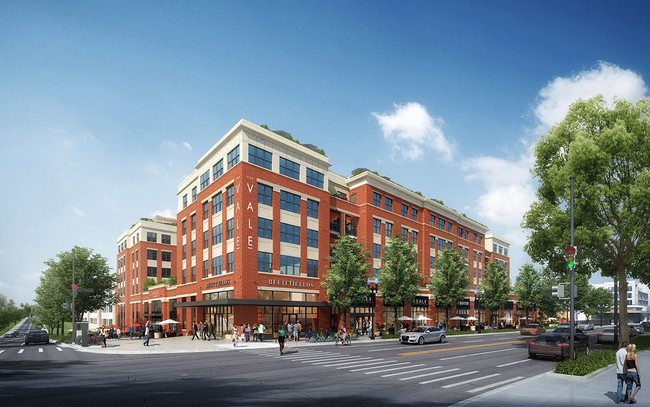 WASHINGTON, DC - CIM Group announced that it has acquired The Vale at The Parks, a newly constructed mixed-use development in Washington, D.C. consisting of 301 apartment residences, 18,269 square feet of ground floor commercial space and 316 parking stalls.

Located at 6800 Georgia Ave. NW, The Vale will be the first new construction multifamily rental building at The Parks at Walter Reed (“The Parks”), a 66-acre master-planned, mixed-use redevelopment of the former Walter Reed Army Medical Center. The Vale was developed by a joint venture of Hines, Urban Atlantic, and Triden Development, the same team responsible for the redevelopment of The Parks.

“The Vale brings new residences to a vital metropolitan area served by public transportation and close to business centers and services, attributes that align with CIM Group’s community focus,” said Shaul Kuba, Co-Founder and Principal of CIM Group. “In addition, The Vale is well-located in a mixed-use, historic redevelopment that is designed to create a walkable environment, with abundant outdoor community spaces and a variety of new commercial uses which we believe is an appealing environment that will be attractive to residents.”

The Vale offers a mix of studio, one-, two-, and three-bedroom apartments. Residents will have access to an array of amenities including a fitness center, indoor/outdoor yoga studio, a club room, secure bike parking, a courtyard with cabanas, and a saltwater pool. Primrose Schools, an accredited early education and childcare center, has leased 16,576 square feet of commercial space at The Vale.

At full build-out, The Parks will feature approximately 3.1 million square feet of new construction, including a planned 190,000 square feet of retail, 325,000 square feet of office, medical, and educational uses, 20,000 square feet of creative and cultural uses, and a hotel/conference center. Residential options will include more than 2,200 distinctive condominiums, townhomes, and apartments. The master plan contains 20 acres of open space. Campus neighbors include Children’s National Health System, which is creating a pediatric research and innovation campus, and the U.S. Department of State’s Foreign Mission Center development, an international community of consulates from 10 to 18 countries.

CIM has been an active owner, developer, and operator in the greater Washington, D.C. area for more than 15 years, and has developed or operated more than 5,400 residential units in the greater Washington, D.C. area, as well as office and hotel properties. Since its founding in 1994, CIM has made a commitment to enhance its properties by increasing sustainability, efficiency, and quality for tenants, residents, and visitors as well as enhancing the character and value of the communities.