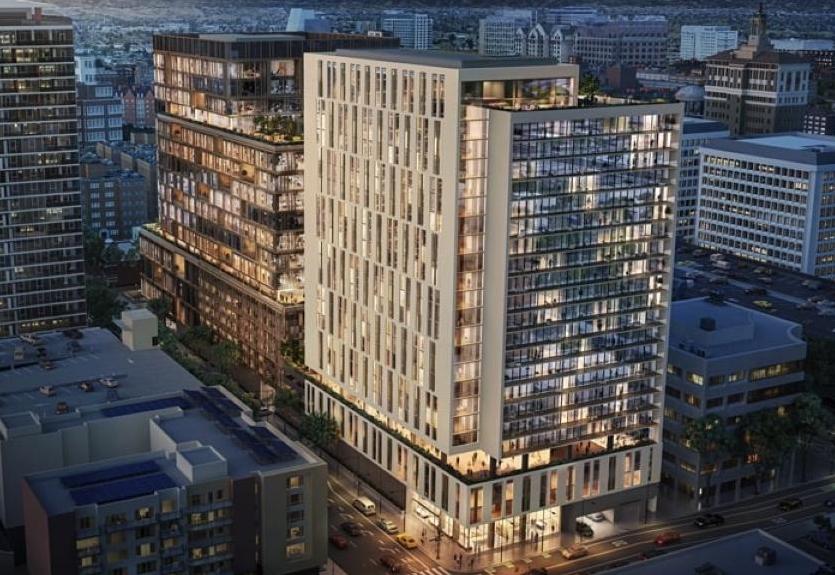 Located at 147 E Santa Clara Street in the heart of downtown, Icon/Echo will create more than 300 multifamily apartment units and 420,000 square feet of Class-A office space. The development encompasses about two acres of land and is catty-corner with City Hall and within one block of a future BART station. The two towers will include over 50,000 square feet of outdoor amenities, including rooftop gardens, as well as state-of-the-art interior common areas.

“Building high-density development near transit is Urban Planning 101,” said Erik Hayden, Founder and CEO of Urban Catalyst. “This project is located on Santa Clara Street, the main drag of the central business district. Once completed, this community could be home to more than 500 residents and over 2,000 employees.”

The project is being designed by WRNS Architecture in coordination with Studio Current, and once completed, will be managed by Greystar, one of the largest apartment and commercial operators in the United States.