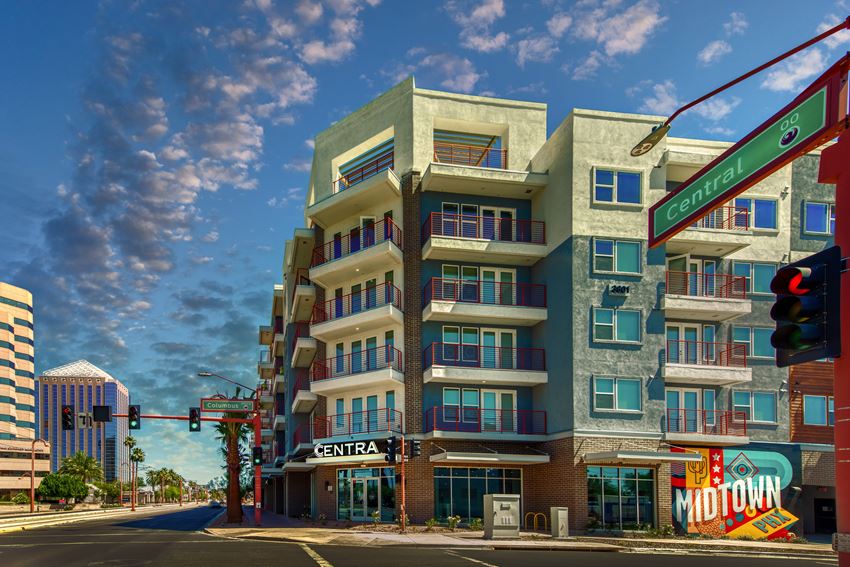 PHOENIX, AZ - MG Properties Group, a privately held real estate investor and operator headquartered in San Diego, California announced the acquisition of Centra for $74.5 million from FORE Property. This ideally located five-story, 223-unit property in Midtown Phoenix was built in 2020 and underwent a swift lease up.

Located in one of the area's most sought after new neighborhoods, Centra's proximity to mass transit and commuter freeways, as well as its high WalkScore make it desirable with easy access to a growing education and employer base, including IBM, Dignity Health, ASU, Deloitte, and Pinnacle West.

Mark Gleiberman, Founder & CEO of MG Properties said, "We are excited about continuing the blueprint that was laid out at Centra and look forward to continuing success within the Arizona market. The demand for luxury residential housing has left a lot of opportunity in Midtown."

Further expanding its Arizona portfolio, Centra will mark MG Properties Group's eleventh property in the region, including The Retreat Apartments and Andante Apartments in 2021.  MG Properties Group has purchased 13 communities in the past year totaling over 3,750 units and $926 million in combined value. The company is targeting further acquisitions in Washington, Texas, Oregon, Arizona, California, Colorado, and Nevada.

The seller was represented by Steven Nicoluzakis and David Fogler of Cushman & Wakefield. The podium-style property was financed with a loan by Key Bank in the amount of $43.1 million arranged by Brooks Benjamin.