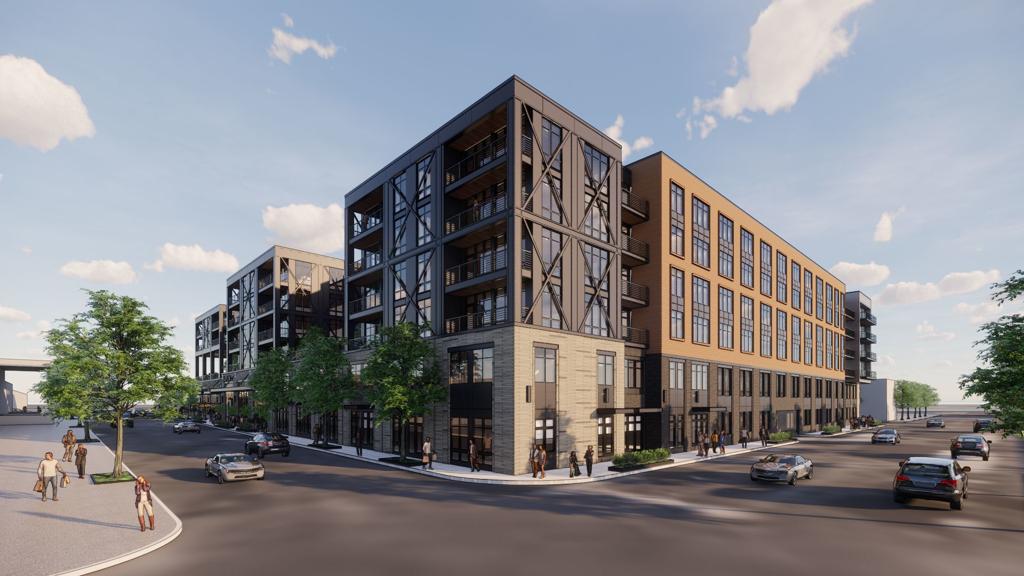 "Scott's Addition has become the most popular evening venue in Richmond," said Louis Rogers, founder and chief executive officer of Capital Square. "With luxury apartments now under construction, Scott's Addition soon will become one of the most desirable places to live.  You don't have to move, you can have it all – live, work and play, right here in Richmond, Virginia."

Located at 3001 W. Leigh St., Scott's Collection III is a ground-up development that will include a five-story, luxury multifamily community with 72 units, private unit balconies and a lobby area. Situated on 0.5 acres of land, Scott's Collection III will feature a 3,000-square-foot elevated courtyard, 2,500 square feet of ground-floor space and 61 onsite parking spaces.

"This groundbreaking represents the culmination of three years of work, fundraising, educating our investor base on opportunity zones, and countless hours of planning, design, project management, sourcing debt and contracting," said Adam Stifel, executive vice president of development. "We set out with a vision to provide a best-in-class boutique apartment product across three buildings, which will each benefit from the combined amenities package. Each of the buildings have different offerings, and different personalities. We are very excited that with this groundbreaking the entire collection is out of the ground and the culmination of our efforts is in sight."

Assisting in the development of Scott's Collection III are 510 Architects, the architecture firm; Urbancore Construction, the general contractor; Fulton Bank, which provided the construction loan financing; and Greystar, the property manager.

Established in 1901, Scott's Addition is a historic area that is now the City of Richmond's fastest growing neighborhood and the second-highest performing market with 95.5% occupancy as of March 2021, according to Yardi Matrix. Scott's Addition is a designated opportunity zone with a census tract that stretches across Virginia Commonwealth University and the Carver neighborhood. Yardi Matrix also reports that apartment rental rates in the neighborhood are projected to increase 3% to 4% per year for three years.