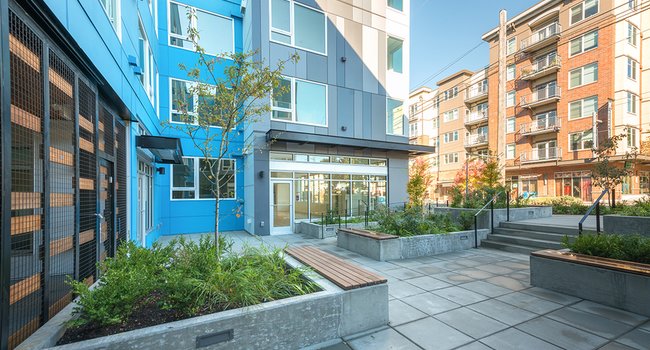 SEATTLE, WA - Bell Partners Inc., one of the nation's leading apartment investment and management companies, announced that it has acquired Modera Jackson, a 160-unit apartment community located in Seattle, Wash. The property, acquired on behalf of the firm's Fund VII investors, will be renamed Bell Jackson Street. The seller is Boca Raton, Florida-based Mill Creek Residential. Institutional Property Advisors (IPA), a division of Marcus & Millichap (NYSE: MMI), served as broker on the transaction.

Bell Jackson Street is located in the heart of Seattle's historic Central District, giving residents access to a vibrant residential neighborhood and community. The city of Seattle is the largest employment center in the Pacific Northwest with over 328,000 jobs in the downtown core. Fortune 500 companies with headquarters in the city include Amazon, Nordstrom and Starbucks, and other notable employers include Apple, Facebook, Google and Microsoft.

The acquisition represents Bell Partners' third owned community in the Seattle metro area and continues the firm's expansion on the West Coast. Including Bell Jackson Street, Bell Partners owns and/or manages over 1,200 apartment units across six properties in West Coast markets including Seattle, the Bay Area and Los Angeles.

"With the acquisition of Bell Jackson Street, we are thrilled to grow our Seattle portfolio with a focus on locations that offer strong long-term growth prospects," said Nickolay Bochilo, EVP of Investments at Bell Partners. "Despite near-term economic challenges, we continue to believe in the long-term economic fundamentals of the Seattle metro area. The city's top-tier educational institutions, the culture of innovation and presence of some of the world's leading companies provide a strong foundation for job and population growth in the coming years."

Built in 2018, Bell Jackson Street is comprised of 160 studio, one- and two-bedroom apartment homes. All units are equipped with keyless entries, programmable thermostats and A/C ports and stainless-steel appliances, and include quartz countertops and vinyl plank flooring throughout. Select homes have direct patio access, Juliet balconies and foyers for added privacy. Community amenities include a rooftop clubhouse with an adjacent deck, media and conference rooms, a state-of-the-art fitness center, electric vehicle stalls and bike storage. The property features views of the Seattle skyline, Puget Sound and the Cascade Range from the rooftop deck and many of the apartments. Bell Partners closely follows guidelines from local, state and federal health authorities regarding the operation and cleanliness of community amenities.