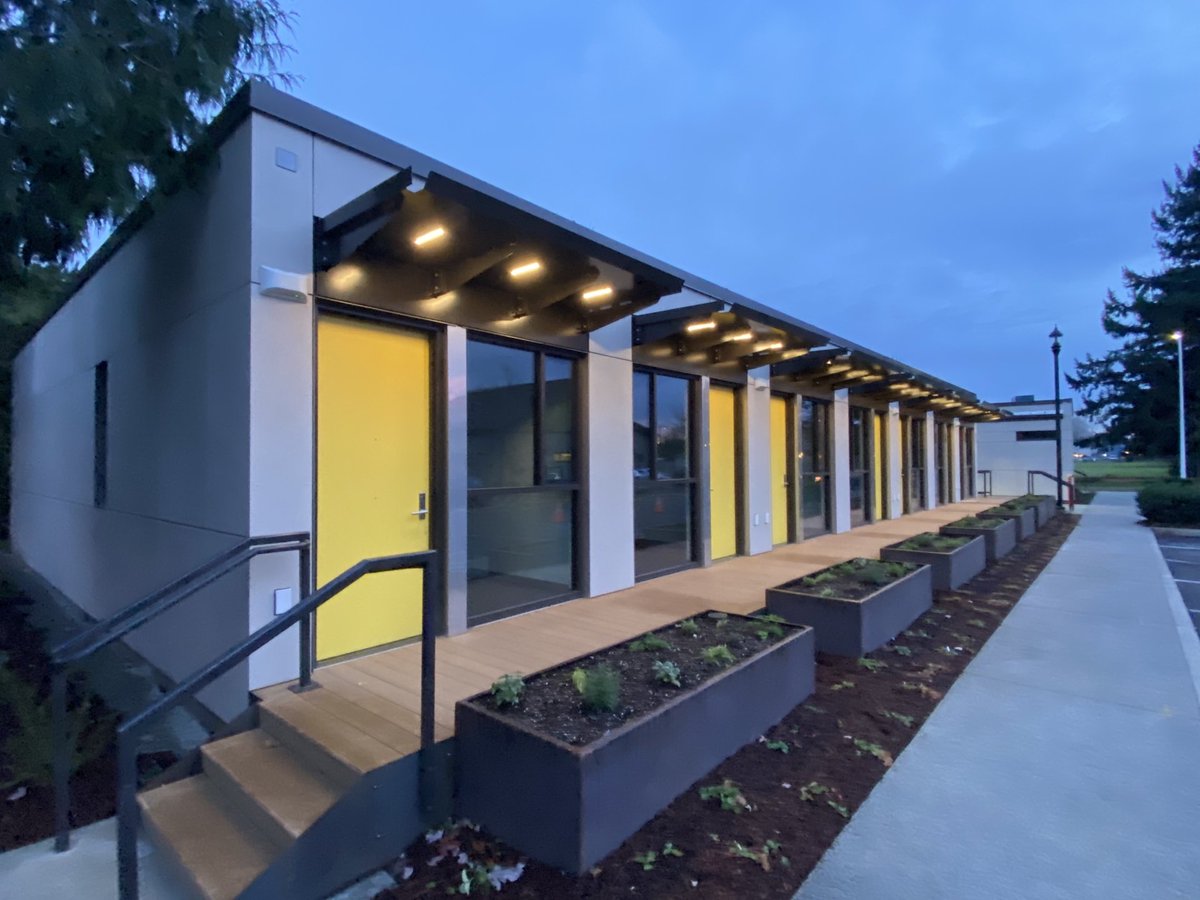 SEATTLE, WA - Blokable unveiled Blokable at Phoenix Rising, the world's first Vertically Integrated Modular housing development, delivering high-quality and energy efficient rental housing in western Washington State. At a cost to the State of $125,000 per door, the project cost less than half the average new apartment to build, in a region that faces a severe shortage of affordable housing. Developed on land owned by Valley Cities Behavioral Health Care, in Auburn, Wash., Blokable at Phoenix Rising is a community of five studio and seven 1-bedroom apartments, which are reserved for individuals earning 30% of the Area Median Income. The facility will cost 60% less for heating and cooling, and 30% less for overall utilities, and meets strict energy and environmental metrics that are becoming the standard for new construction in many states and municipalities — including all-electric systems and a highly energy efficient building envelope.

"Four years ago, we launched Blokable because we could see that the housing industry is really struggling to address the dire shortages of housing across the United States," said Aaron Holm, Co-CEO of Blokable. "Technology innovation alone cannot change the fact that it simply costs too much to build either market rate or affordable housing. In this highly fragmented industry, innovation is swallowed whole by the fragmented nature of the development process, forever driving up the cost to build. To rapidly create multi-family housing at prices that middle- and lower-income Americans can truly afford, Blokable has vertically integrated the development process — from design, planning, and permitting, to almost completely off-site assembly, delivery, and ongoing operational support."

Blokable at Phoenix Rising cost $1.5 million and was financed through an innovative partnership between Blokable and the State of Washington. The building has a state-of-the-art, steel structural system, with all-electric energy and a 50 to 100-year useful life. Interior features include antimicrobial surfaces, a sound attenuated living space, dimmable cove lighting, independent ventilation for comfort, and energy recovery ventilation for efficiency and lower utility costs. The floor plans range from 280 square feet for a studio, to 340 square feet for a 1-bedroom.

"We believe dignified housing is a human right," added Nelson del Rio, Co-CEO of Blokable. "A roof over your head is the foundation for human health and wellbeing, education, and economic opportunity. Put simply, if you have housing instability, everything else in your life is so much more complicated. Blokable at Phoenix Rising is the culmination of four years of work streamlining our process and our cost structure so that we can create as much equity as possible in communities. In addition to developing turnkey affordable housing for a fee, our next step is to develop and own real estate using the next generation of our building system."

Blokable has developed a prefabricated building system that is standardized and repeatable while offering endless site variation. The Blokable Building System produces modular structures called "Bloks" that are 95% assembled under a factory roof and delivered to a site by crane. They can be combined into studio and 1-3 bedroom living environments, for buildings that are 1-5 stories tall from the ground up, or up to 8 stories with a podium. Because the Bloks are standardized, they are pre-approved for development in a wide range of environmental and seismic conditions in the U.S.

Since November 2019, Blokable has been a part of the Wells Fargo Innovation Incubator (IN²), a technology incubator and platform funded by the Wells Fargo Foundation and co-administered by the U.S. Department of Energy's National Renewable Energy Laboratory (NREL), to validate and enhance the energy performance of its prefabricated building system against industry standards. Blokable is also working with IN² to develop metrics for zero energy readiness and the full lifecycle impact of multi-family housing development in various infill locations.

"Because we are vertically integrated, we have a different perspective on the value created by the buildings we develop and own," said Holm. "We believe affordability and energy efficiency go hand in hand, so part of expanding housing access is pushing the industry toward a performance basis for environmental regulations. We envision our building system as a platform for future energy innovations that could decarbonize the built environment and enhance climate resilience."

Added del Rio, "If you're building housing for low-income residents, why should the quality standards be different? Why is it OK for a low-income community to have lower quality and poorer energy performance? The reason is that these are costs that developers may not want to bear, and that can make it extremely difficult to finance that development. Blokable is flipping that script."