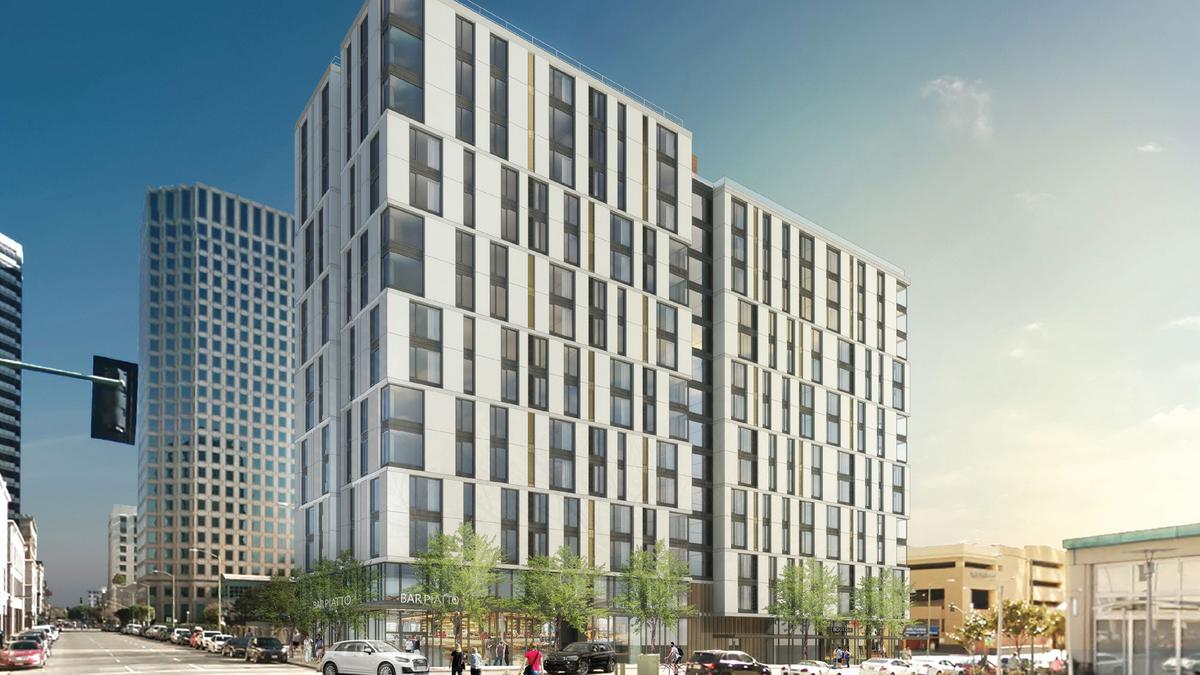 OAKLAND, CA - CIM Group and its co-development partner, Strada Investment Group, announced that it has completed the construction of Eleven Fifty Clay Street, a 16-story, 288-unit apartment building in downtown Oakland located between 11th and 12th Streets. CIM Group brought its long-standing development and operational expertise to the development of Eleven Fifty Clay Street, considered to be an integral piece of the evolving downtown fabric that will enrich the neighborhood with new residences, community-serving retail, and public spaces.

“CIM is helping to serve the needs for new housing with the completion of Eleven Fifty Clay Street, located in a transforming neighborhood near transportation,” said Avi Shemesh, Co-Founder and Principal, CIM Group. “In Oakland, we are also nearing completion of an apartment community at Jack London Square, adding 333 residences to the mixed-use environment where residents can enjoy the restaurant and entertainment, and retail offerings as well as the open park space fronting San Francisco Bay. Together, CIM’s two projects will deliver more than 600 modern new residences to Oakland.”

The property has a central location in a walkable neighborhood near many Oakland office buildings as well as transportation. Eleven Fifty Clay Street is immediately adjacent to the 12th Street BART Station and is also convenient to the area’s major regional transportation corridors including I-880 and I-80 connecting to San Francisco and Berkeley, and I-580 to communities of the East Bay.

CIM has been involved in the Greater Bay area since 2001, with CIM’s first Oakland acquisition taking place in 2007. In the Uptown Oakland district, CIM recently completed the construction of Uptown Station, a redevelopment of a former department store into a 355,000-square-foot office building leased by Square. CIM is also near construction completion of Channel House, an eight-story, 333-unit apartment building at 40 Harrison in Jack London Square where the company owns multiple properties across 12-acres of this Bayfront mixed-use business and entertainment destination.