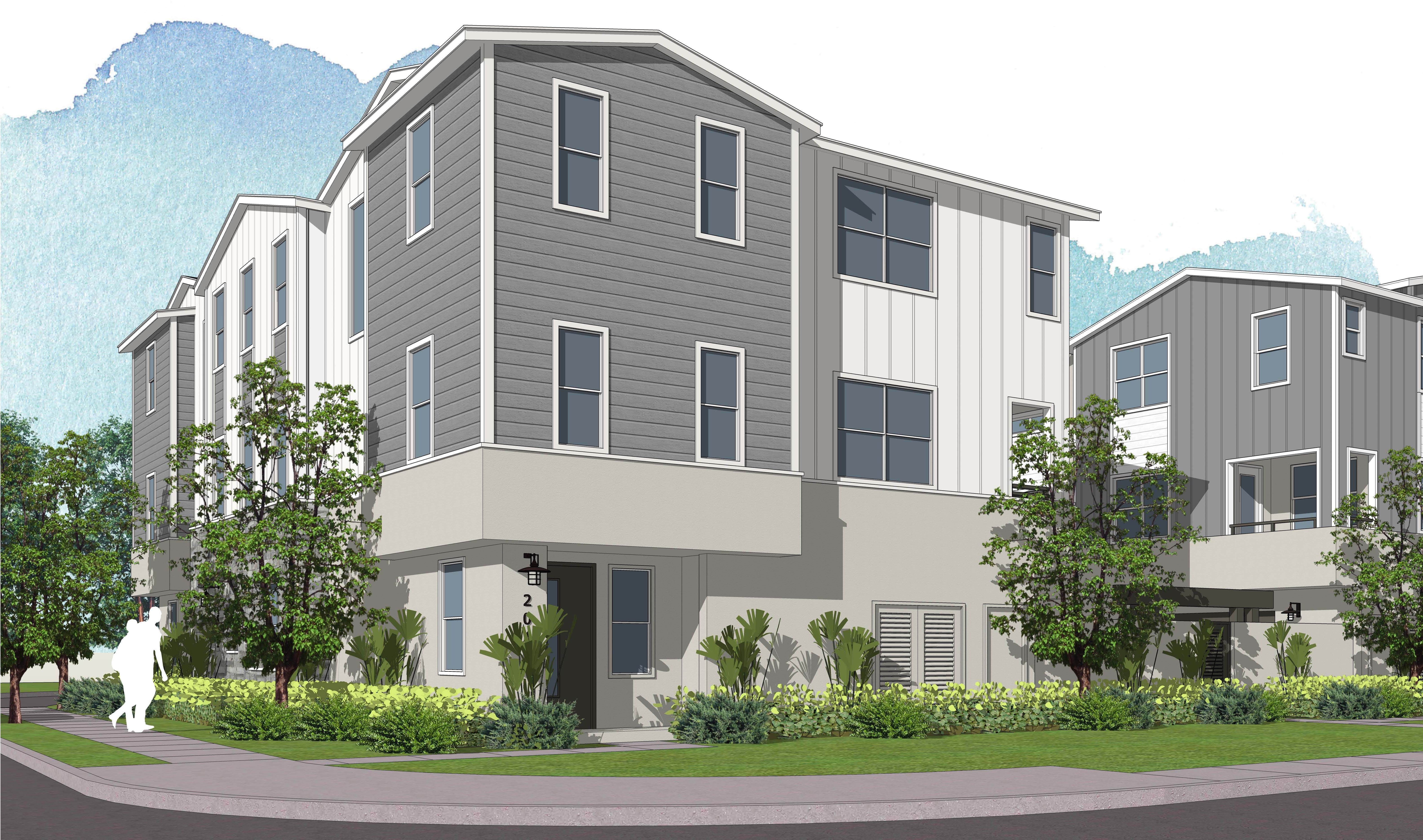 NEWPORT BEACH, CA – Two leading Newport Beach-based real estate firms are joining forces to create one of only a few new housing opportunities in the city over the past five years. IHP Capital Partners and Intracorp announced a joint venture for the in-fill development of 36 townhomes, called The Isle at Mariner Shores, in a prime Newport Beach location.

The 36 three-story townhomes of The Isle at Mariner Shores will be configured in tri-plex and six-plex buildings with residences ranging from 1,675 to 1,890 square feet with two to four bedrooms, two and one-half to three and one-half bathrooms and two side-by-side car garages. The community design includes a landscaped perimeter, internal paseos and common area amenities such as a zero-edge pool, fireside lounge, barbecue area and covered cabanas. Sales are anticipated to start in the first quarter of 2021.

“To partner with Intracorp on a project close to both of our offices in Newport Beach is exciting for both companies,” said Jeff Enes, Senior Vice President for IHP. “Opportunities for new homes have been few and far between in Newport Beach over the past several years and this community will offer attached housing at a price point that is competitive to older existing homes in the surrounding neighborhoods. Intracorp has a proven track record with this type of development in the region and we expect to have great success with them.”

Construction is underway on the community which is taking shape on the site of the former Mariner Square Apartment Homes near the intersection of Irvine Avenue and 17th Street, adjacent to Westcliff Plaza neighborhood retail center and Mariners Elementary School. It is set approximately two miles east of the Pacific Ocean and three miles west of John Wayne Airport.

“Intracorp could not be more pleased to be working with IHP Capital on this development,” said Brad Perozzi, President, Southern California for Intracorp. “Opportunities like The Isle at Mariner Shores community in Newport Beach are so rare and the neighborhood is so appealing that we feel our partnership is well positioned for future success.”