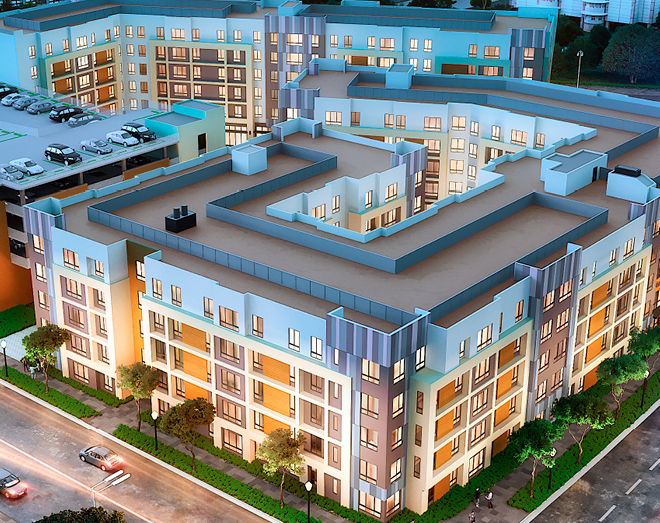 SACRAMENTO, CA - AECOM-Canyon Partners, in a joint venture with The Martin Group, announced the closing of a $73.3 million senior construction loan from Pacific Western Bank to begin the transit-oriented development of Wexler on 65th, a mid-rise student housing project near California State University, Sacramento. The development will bring much needed housing to Sacramento State. Construction of the project is scheduled to commence in June 2020, bringing hundreds of job opportunities to the community, and is scheduled to reach completion by Fall 2022.

The property is located less than a 5-minute walk from the university's Hornet Crossing entrance and adjacent to several retail and dining options. It is directly adjacent to Sacramento Regional Transit Authority's ("SacRT") University/65th St. Gold Line light rail station, providing direct service to downtown Sacramento in approximately 11 minutes. In March 2020, the joint venture began the reconstruction and modernization of bus stops for the SacRT on 67th and Q streets, as part of the Wexler's off-site improvement plan.

With a total enrollment of over 31,000, Sacramento State is the sixth largest university in the California State University system, which is the largest four-year public university system in the United States. Over $260 million of projects have been recently completed or are underway at Sacramento State, including a new science center and student activity center.