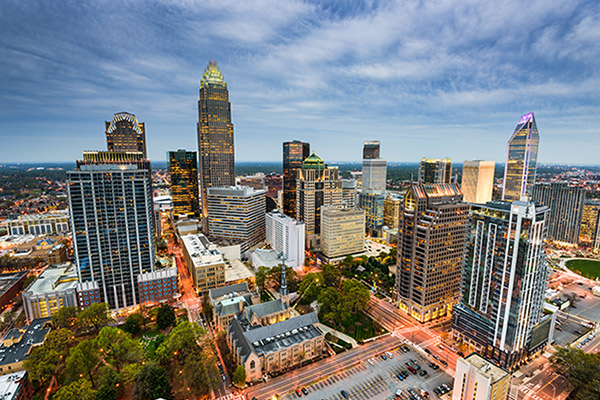 CHARLOTTE, NC - Akridge has partnered with KETTLER to purchase a 2.5-acre parcel of land at the corner of Dunavant and Distribution in South End. The acquisition marks the first multifamily project in North Carolina for Akridge, who is also currently developing One Montford Park and recently opened an office in South End. Dunavant and Distribution also marks the expansion of KETTLER's portfolio into Charlotte. Akridge and KETTLER are both eager to expand their presence in Charlotte's burgeoning market.

"Akridge is proud to partner with KETTLER on this opportunity," said Duncan Jones, Vice President, Acquisitions for Akridge. "Our leadership team has decades-long friendships with KETTLER's and we respect their dedication to building productive and lasting relationships with their Residents. Our companies have great natural synergy and our combined expertise will ensure the creation of an exceptional project."

"In partnership with our friends at Akridge, KETTLER is committed to enhancing the South End submarket in Charlotte with the addition of this new multifamily development," said Luke Davis, Executive Vice President, Investments for KETTLER. "Together, our teams are uniquely positioned with a depth of experience delivering thoughtful projects in an urban environment. We intend to design and deliver the project in a way that complements the already vibrant surrounding neighborhood and look forward to expanding our footprint within North Carolina in collaboration with Akridge."

Dunavant and Distribution is located at 2306 Dunavant Street in Charlotte's thriving South End. The 400-unit, 400,000-square-foot property aspires to redefine Charlotte's luxury multifamily standard. It will offer Residents proximity to vibrant retail, restaurants, and grocery, with easy access to both the light rail and the Charlotte Rail Trail. Dunavant and Distribution will boast views of uptown and is within a short distance of multiple major employers. The property will feature a large central courtyard, well-appointed finishes, and a suite of luxury amenities. Akridge and KETTLER anticipate delivering the community in the summer of 2023.