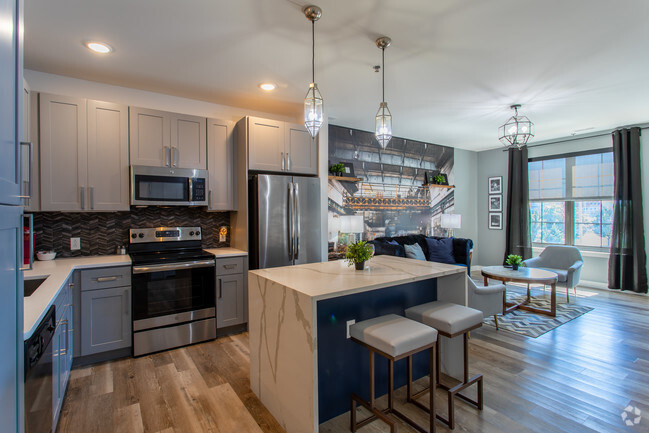 "By combining these two apartment communities under one consistent name, Mission Rock hopes to establish cohesiveness and a strong sense of community with its residents between the two buildings. The impressive amenities and historic roots make us confident that current and future residents will continue to experience tremendous benefits in this already-desirable neighborhood in St. Louis," said Patricia Hutchison, President of Mission Rock Residential.

The Soulard Icehouse Apartments were renovated within the 1924 vintage historic shell of a former ice warehouse in the industrial neighborhood. These loft-style apartments were opened to community acclaim in 2016. Adjacent to that site, developers then built a new 5-story apartment building alongside a structured parking garage, Steelyard Apartments opened in 2019, to serve both communities.

The 170 apartments feature numerous high-tech amenities such as Nest thermostats, keyless entry locks, and package delivery lockers. Shared community amenities include a rooftop deck, a saltwater pool with sun deck, a pet park and spa, a karaoke lounge, an outdoor grilling deck with multiple grills, and a business center. Two state-of-the-art fitness centers are also included. Located in close proximity to the Mississippi River, Steelyard also provides views out over the river and the famed St. Louis Arch.

One of the oldest communities in the city, Soulard is today a largely residential neighborhood whose many businesses include restaurants, bars, and the North American headquarters of Anheuser-Busch. In a recent Brookings Institution study of 70 older industrial cities, St. Louis ranked among the ones with stronger economies that are making progress on the road toward renewal and reinvention. New construction has also expanded steadily in the market thanks to the continued growth of the region's remote workforce.