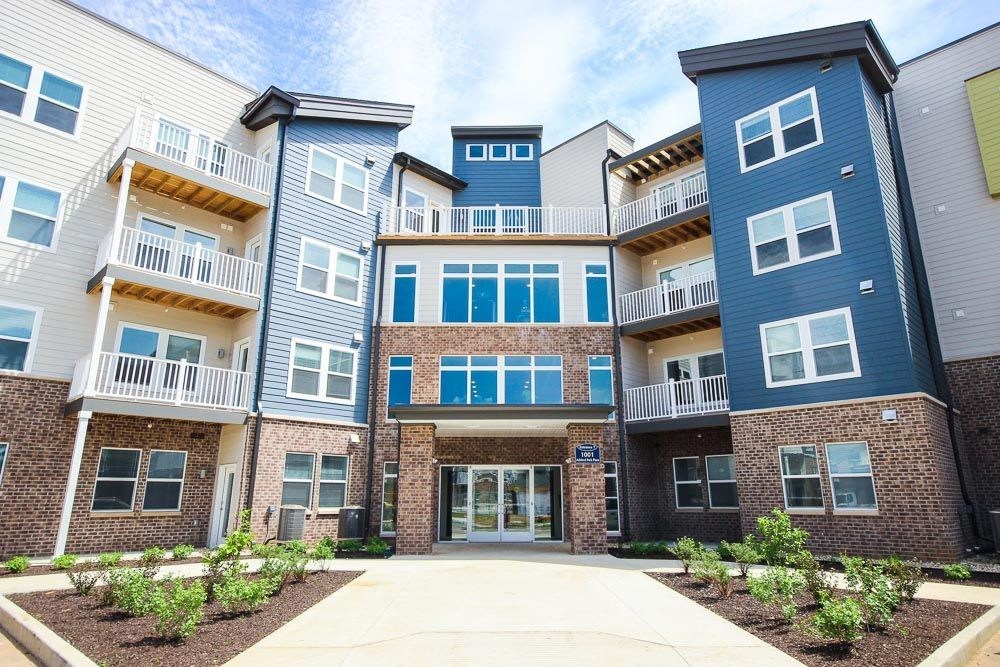 The entire project was completed in 2019 and offers both market rate and affordable apartments. Its location is conveniently near the public bus routes offered by Columbus Transit and is just a few blocks north of the Columbus Cummins Engine Plant. This offers convenience to both work and leisure opportunities for residents.

In terms of nearby opportunities for shopping and dining, Fair Oaks Mall is located nearby with dozens of retails options. The property is also located near Central Middle School and Columbus North High School.

Ashford Park offers a wealth of amenities such as two fitness centers, an on-site library, a fully equipped business center, theater, billiard/game room, pet spa, car wash station and a baja shelf pool. Residents can also enjoy a wealth of opportunities for recreation in the community, as Columbus is well known for its modern architecture and public art. In 2004 it was named as one of "The Ten Most Playful Towns" by Nick Jr. Family Magazine.

Columbus, Indiana is a growing city of just over 47,000 residents and is located in southern Indiana near one of the state's most popular state parks. Brown County State Park, located just 22 miles west of the city, offers natural beauty and a wide variety of outdoor recreational activities.

Columbus is a city known for its modern architecture and public art. J. Irwin Miller, 2nd CEO and a nephew of a co-founder of Cummins Inc., the Columbus-headquartered diesel engine manufacturer, instituted a program in which the Cummins Foundation paid the architects' fees, provided the client selected a firm from a list compiled by the foundation. The plan was initiated with public schools and was so successful that the foundation decided to offer such design support to other non-profit and civic organizations.

The city also has a number of public parks available for recreational activities. The city features 23 parks with over 1,000 acres of public lands. There are also 23 miles of maintained trails within the city.

The city is also located roughly one hour from Indianapolis via Interstate 65 and 45 minutes from Bloomington and Indiana University. Interstate 65 offers easy access to both Indianapolis and Louisville, and both cities offer international airports with numerous destinations worldwide each day.