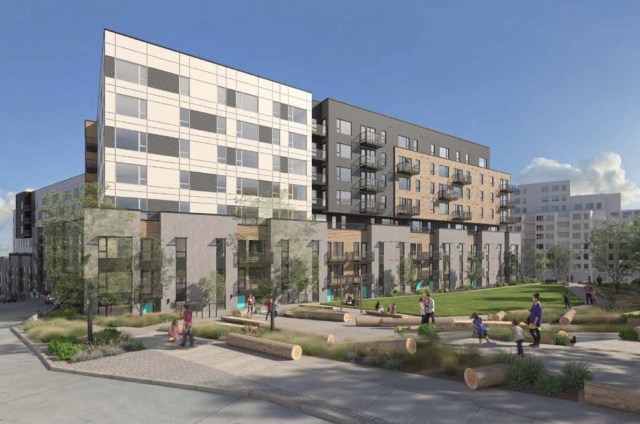 SEATTLE, WA - Lowe, a national real estate developer, investor and manager, announced that it has commenced construction of the first phase of a 550-unit apartment development with approximately 6,800 square feet of ground floor retail and 315 parking stalls in the 30-acre transit-oriented, master-planned Yesler Terrace community. Lowe’s apartment community is part of the comprehensive redevelopment of the 1940s-era Yesler Terrace that includes a mix of public and private developments delivering housing, office space and a host of neighborhood amenities.

“At Yesler Terrace we will bring much-needed housing to a dynamic area near downtown Seattle. The proximity to public transportation, existing employment centers and the engaging First Hill neighborhood with its rich history and bustling dining, shopping and entertainment centers, combine to make this an appealing development opportunity,” said Suzi Morris, senior vice president, Lowe.

Lowe will ultimately construct two nine-story buildings, offering 550 apartment units, ranging from studio to two-bedroom floor plans, in two phases, 26.5 percent of which will be affordable housing. As part of its development, Lowe also is creating an adjacent pocket park. Residences will feature modern fixtures and finishes and some units will provide private patios or balconies.

Lowe’s apartment development is located at 209 12th Ave S, and 1020 S Main St. in Yesler Terrace, which is within the First Hill neighborhood near downtown Seattle. The community is walking distance to a variety of shopping, dining and entertainment options as well as the area’s new streetcar line. As part of the redevelopment, Yesler Terrace will have a large central park, performing arts center and community center.

The Lowe apartment development was designed by Ankrom Moisan Architects. Compass is the general contractor. Completion of Phase one is anticipated for spring of 2022, and Phase two in the first quarter of 2023.

Lowe’s activities in the Pacific Northwest date to the firm’s development of the Klahanie master-planned community in the 1980s and 1990s. Lowe has made numerous commercial and hospitality property acquisitions in the Seattle area, and most recently completed development of the 286-unit Talisman multifamily and retail property at Redmond Town Center and the highly successful LUMA condominium building in Seattle’s First Hill neighborhood. Lowe is a joint venture partner in Suncadia Resort in Cle Elum, Washington, and Sunriver Resort in Central Oregon.