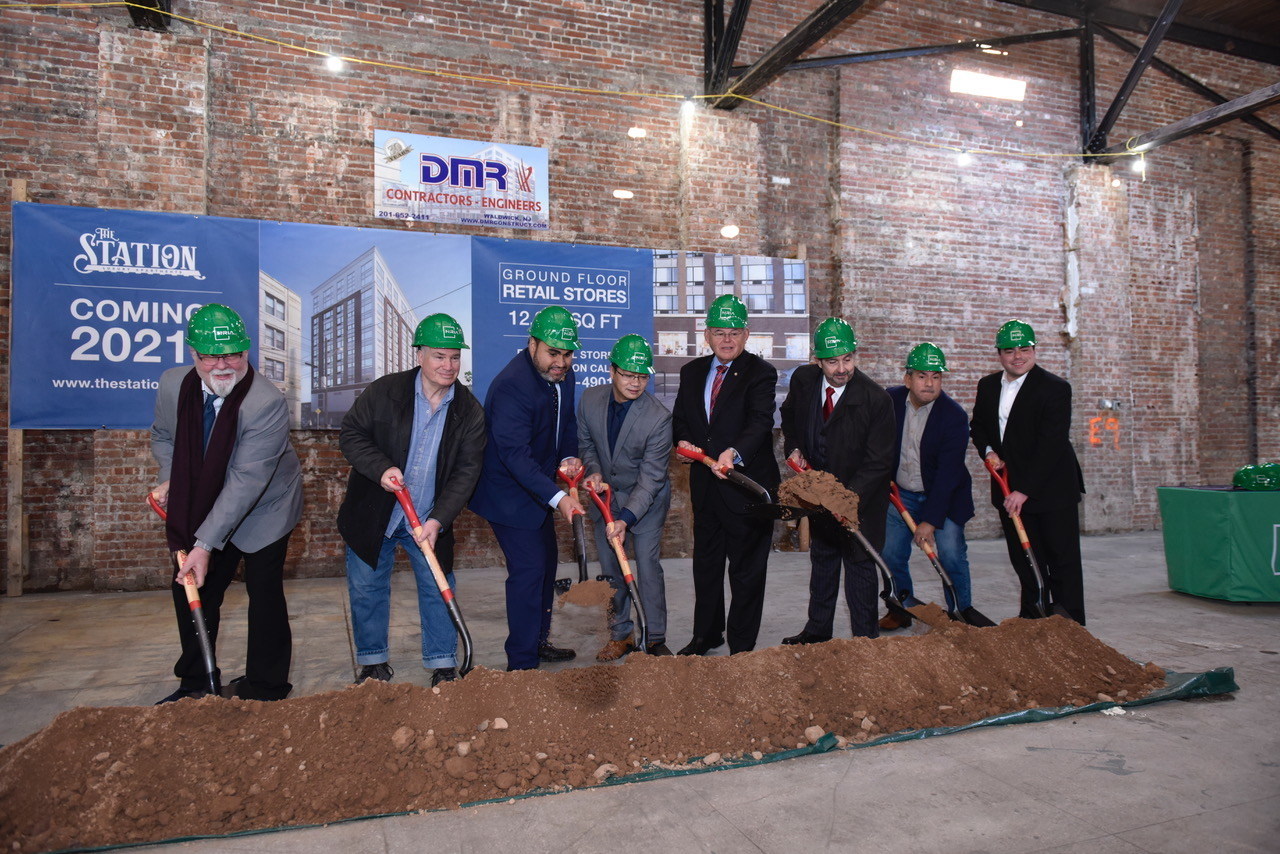 The $49 million mixed-use project at 4901 Bergenline Avenue will have 97 one- and two-bedroom apartments averaging 960 square feet.  The units will have open floor plans, oversized windows, luxury appliances, and finishes.   Amenities include a rooftop entertainment deck with grilling kitchen, soft seating and panoramic views of Manhattan and the mountains, a state-of-the-art fitness center, and club room.  The private, subterranean garage will have 80 parking spots, and there will be 25 additional off-site spots for a total of 105.

The 10-story, transit-oriented project is being constructed on the site of a former Duane Reade Pharmacy located directly across the street from the Bergenline Light Rail Station. It will be the tallest building in the heart of West New York's business district, and the only luxury high-rise apartment building there.  The Station will open to residents in 2021.

"The Station will be a game changer for West New York," said Glenn LaMattina, SVP for Global Business Development of NRIA. "Since the opening of the Bergenline Station back in 2006, it has been the dream of local leaders to build new apartments close to public transportation, and we're proud to be the first to do a large-scale project like this."