Multifamily Operators Move Past the Fear Point, As They Embrace Short-Term Rentals to Fill Apartments 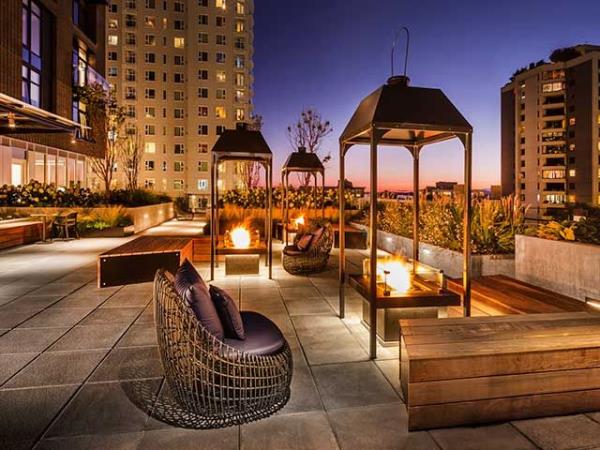 SEATTLE, WA - A wise man once said that nature abhors a void, but it seems that everyone else does, too—especially those of us in the multifamily housing industry. Up until recently, developers have turned to master lease agreements with short-term rental (STR) providers to help fill empty apartments during the lease-up phase. However, many industry innovators are now attempting a different solution, with AvalonBay Communities, Inc. being one of those very companies.

Recently, AvalonBay Communities partnered with WhyHotel to create a pop-up hotel solution to address this all-too-common issue. According to leasing experts, it generally takes between 12 and 24 months to completely fill an apartment building the size of AvalonBay’s Seattle property, the 24-story, 275-unit Avalon Belltown Towers, with residents who meet the lease criteria and can pay the rental deposit. Even in a seller’s market, the lease-up period can have developers biting their nails and offering fantastic concessions just to seal the deal.

While waiting for those blue-chip tenants to arrive, a pop-up motel blueprint allowed Avalon Belltown Towers to rent a percentage of the empty apartments to tourists, corporate travelers, and other upmarket transients. The hotel began operation with 50-rooms in the community during the month of September. A best-in-class fitness center, indoor and outdoor common areas, and cooking spaces were provided to guests, along with their apartment accommodations, like they would be to any long-term resident.

“We provide a new type of stay product that combines the spaciousness and comfort of a home-share rental with the consistency and service of a hotel,” explained Jason Kamen, WhyHotel’s Vice President - West Coast Operations. “By operating a pop-up hotel out of the vacancies of brand-new luxury apartment buildings, we de-risk the lease-up phase. This provides significant early income and drives leases, which can help to make developers feel more comfortable introducing new properties to the rental market.”

The partnership brings new experiences for both AvalonBay Communities and WhyHotel for different reasons. For AvalonBay, it’s their first time using a hotel-based rental system on-premises; for WhyHotel, it’s the first pop-up hotel they’ve hosted on the West Coast. Even so, both partners think they have a winner in Avalon Belltown Towers, with the Belltown neighborhood being close to Downtown Seattle, Pike Place Market, and the Olympic Sculpture Park. According to Derek Bottles, Vice President of Development at AvalonBay, “The property is positioned to attract both long-term residents and WhyHotel guests, who want to be in the center of the energetic live, work, and play community of Downtown Seattle.”

The pop-up hotel consists of brand-new, fully-furnished, and amenitized luxury apartments that offer the Seattle market an improved stay product for leisure and business travelers at a better value. This was certainly the experience of Steve Lefkovits, Executive Producer of Joshua Tree Conference Group, when he toured the property in early October.

Lefkovits explained, “I was blown away by the value proposition and the attention to detail of the WhyHotel team. They provide 24-hour access and check-in. The suite was immaculate and very tastefully furnished, and the location was fantastic.” He added, “I love that AvalonBay is experimenting with this new master lease concept. We’re already seeing the benefits: it generates new income, attracts short-term visitors and long-term prospects, and serves as a financial edge in a lease-up market.”

It's no coincidence that the AvalonBay Communities and WhyHotel partnership is taking place in Seattle. Residents of the Pacific Northwestern city earn 34 percent more than the national income average, but the cost of living is also 48 percent higher than the national average. Looking towards the future, it will become increasingly important for apartment owners and operators to consistently demonstrate the value proposition of their rentals. By maintaining a steady stream of visitors, who tell residents how lucky they are to be living in their community, AvalonBay Communities has come up with the perfect modern marketing and leasing strategy, because it harnesses the power of recommendations and of course, establishes the property’s value.

According to Kamen, “Seattle is the ideal city to test the waters of WhyHotel’s model. First of all, you have to consider that techcompanies, like Amazon and Microsoft, entice young employees, who are often fresh out of college and might not be able to afford something permanent, to move out to the city to pursue their dreams of working for big tech. In addition, Seattle’s tourism industry has been booming— with statistics released by Visit Seattle last year that illustrated the city’s eighth consecutive year of record tourism.” When asked if this blueprint would work elsewhere, Kamen responded, “We believe our model works well in most urban cores and stay markets anchored in strong business drivers, such as technology, government, or healthcare.”

Short term rentals will be discussed in-depth at the FLEX Conference. Attendance is limited. To register, visit flexrentals.org/registration