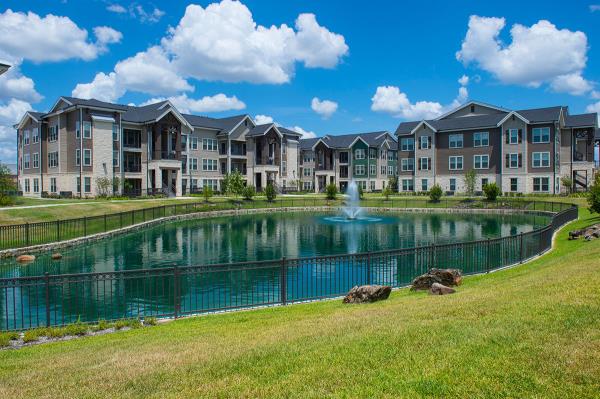 HOUSTON, TX - American Landmark Apartments, one of the fastest-growing multifamily owner-operators in the country, has acquired Elan 99 West, a 360-unit multifamily community in the suburban Houston community of Katy, Texas. The property will undergo a $1.35 million capital improvements project program and be renamed Elite 99 West.

The acquisition raises American Landmark’s portfolio of properties in Texas to 36, with 12 properties in Houston. The company currently owns and manages approximately 28,000 apartments throughout the Southeast and Texas, and is past its halfway goal of adding $2 billion in assets to its multifamily portfolio this year.

“Houston remains an exceptional market to invest in, with July data from the U.S. Bureau of Labor Statistics illustrating its lead in year-over-year job growth nationwide,” said Christine DeFilippis, Chief Investment Officer of American Landmark. “Among the 12 largest MSAs in the country, Houston reported an annual job growth rate of 3 percent, double the national average of 1.5 percent over the same time period. In addition to this job growth, the Katy Independent School District (ISD) has grown 19 percent over the past five years, ranking No.1 out of the largest Texas districts and demonstrating a flight to quality including affordability, good schools, and job access.”

American Landmark plans to implement a variety of capital improvements throughout the property, including smart locks, kitchen undermount lighting, exterior ceiling fans and upgrades to site amenities, as well as landscape beautification.

Located in Katy within the Houston MSA, Elan 99 West is situated about five minutes away from Katy Mills Mall, offering a variety of dining, entertainment and retail options. Grand Parkway is less than five minutes from the asset, providing direct access to Interstate 10 and the greater Houston area.