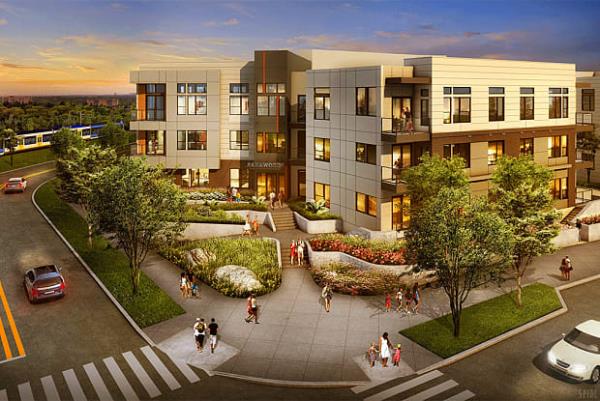 CHARLOTTE, NC - The NRP Group, a vertically integrated, best-in-class developer, builder, and manager of multifamily housing, announced the opening of The Parkwood at Optimist Park, a new community of 309 residences in the city's rapidly growing Optimist Park neighborhood. This marks the second community the national developer has completed in the Charlotte area, with more developments to follow in the near future.

Located at 1700 Brevard St., The Parkwood at Optimist Park is directly adjacent to the Parkwood Lynx Blue Line rail station and includes a mix of studio, one-, two- and three-bedroom apartments plus a host of world-class amenities. The community provides a first-rate location that is minutes away from NoDa and Uptown Charlotte, and is positioned centrally within Optimist Park, a thriving neighborhood recently named by niche.com as one of the "best places for young professionals to live" in Charlotte.  With blossoming culture, nightlife and restaurants, including the newly opened Optimist Hall, Optimist Park provides a perfect destination for both residents and visitors to the neighborhood.

The Parkwood at Optimist Park is the second development by The NRP Group in the Charlotte area, after Loft 135, an upscale, market-rate apartment community on the south end of Charlotte, completed in 2016.

In January, The NRP Group broke ground on Platform Lofts, an affordable community located across the street from Old Concord Station, also on the LYNX Blue Line. Completion is targeted for the summer of 2020.

Nationally, the NRP Group is on target to deliver around 16 developments in 2019. It is considered to be the No. 1 developer in the U.S. that creates both affordable and market-rate communities at scale.

"The NRP Group is excited to enrich our outstanding relationship with the City of Charlotte, which is undergoing tremendous growth," said Aaron Pechota, Senior VP of Development for The NRP Group. "The Parkwood at Optimist Park represents an elevated living experience, thoughtfully planned to take advantage of one of America's great cities. The community will be a key part of Optimist Park's continued emergence, connecting residents to Downtown Charlotte and the surrounding neighborhoods."

The Parkwood at Optimist Park includes a fitness center, a resort-inspired heated pool with a tanning ledge, cabanas, grills, a private parking garage, a free bike-share program with lights, locks and helmets provided at no cost, and an onsite bike workshop.

"As we work to fulfill our mission of delivering exceptional rental housing to individuals and families, regardless of income, we're also focused on creating transit-oriented communities that allow our residents to move easily between where they live, work and play," said Jason Mochizuki, VP of Development for The NRP Group. "The Parkwood at Optimist Park checks all of these boxes by offering a high-quality, beautifully conceived community that sits right on the Parkwood Lynx Blue Line and is just 15 minutes from most major employers in the area."