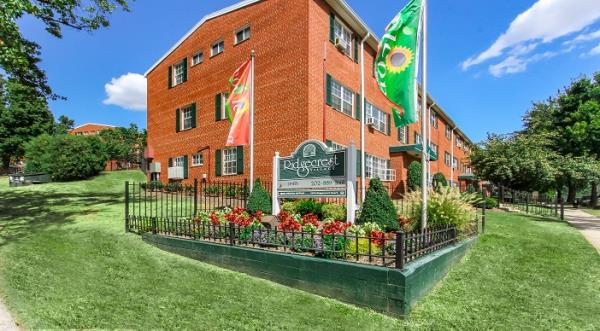 WASHINGTON, DC - Capital Impact Partners, Washington D.C. Mayor Muriel Bowser, and the Department of Housing and Community Development (DHCD) announced the financing of the first two projects through their partnership under the D.C. Affordable Housing Preservation Fund launched in the spring of 2018. The two projects have helped protect more than 600 affordable housing units, and pushed the total number of affordable units under the Fund to more than 1,000.

Another unique aspect of these deals is their use of the Tenant Opportunity to Purchase Act (TOPA). The Act gives residents of for-sale, multifamily, residential properties the right of first refusal to buy their properties, allowing them to work with mission-driven developers to purchase the buildings. This helps keeps rents affordable and prevents residents from being displaced in the face of rapid gentrification in mixed-income neighborhoods.

"We are incredibly proud to work and support residents through the use of TOPA to take charge of the future of their homes and their communities in partnership with mission-driven developers," said Ellis Carr, president and CEO of Capital Impact Partners. "We applaud Mayor Bowser and the city of Washington, D.C. for setting up the D.C. Affordable Housing Preservation Fund and partnering with us as a way to preserve affordable housing, support community stability, and create equity and wealth-building opportunities for those often displaced as a result of increasing development."

The two projects are:

Worthington Woods: Located in Congress Heights, a residential neighborhood in Washington, D.C.'s Ward 8, Worthington Woods provides 394 units of affordable housing to more than 900 people. The Worthington Woods Tenant Association assigned their TOPA rights to the Montgomery Housing Partnership (MHP) in exchange for a commitment to preserve the property as affordable, make improvements, and avoid tenant displacement. The housing community is near shops, groceries, and three bus lines. Capital Impact provided MHP with a $6.1 million loan as part of a $40 million transaction to purchase the property.

Ridgecrest Village: Originally built in 1951, Ridgecrest Village in Washington, D.C.'s Ward 8 is 90 percent occupied by residents who earn up to 60 percent of the Area Medium Income (AMI). The Ridgecrest Village Tenant Association assigned their TOPA rights to the National Housing Partnership Foundation to ensure long-term affordability of the Village's 272 units. Capital Impact provided $7.5 million as part of a $31 million loan to support the purchase of the property as well as future improvements.

"MHP is thrilled to have acquired Worthington Woods. This would not have been possible without the critical gap financing provided by Capital Impact Partners and the Affordable Housing Preservation Fund. Working with a mission-driven lender who understood the complexity of an affordable housing project made all the difference," said Robert Goldman, MHP's President.

The Mayor's Housing Preservation Strike Force recommended the creation of this public-private partnership Fund, under the Department of Housing and Community Development, to finance the acquisition and preservation of affordable properties in the District.

This allows Capital Impact to provide short-term bridge acquisition and predevelopment financing to eligible borrowers. Properties targeted for fund investments are occupied multifamily housing properties of more than five units, in which at least 50 percent of units are currently affordable to households earning up to 80 percent of the Median Family Income (MFI).

"Not only is it important to preserve affordable housing in D.C.'s rapidly gentrifying neighborhoods, but we must be thoughtful about working with developers who share our vision for mixed-use, mixed-income neighborhoods with easy access to employment and critical social services," said Diane Borradaile, Capital Impact's Chief Lending Officer. "It is this kind of development that supports equity, opportunity, and economic growth in the region."