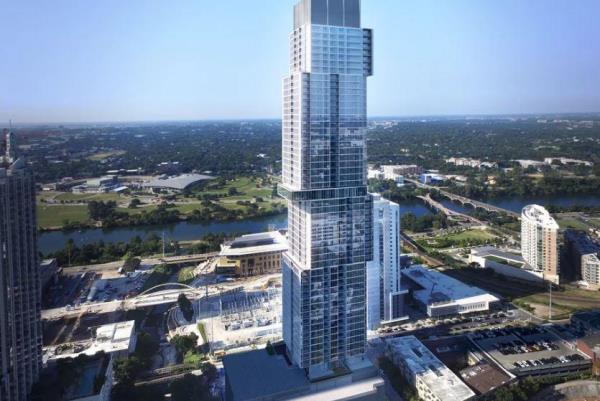 AUSTIN, TX - CIM Group announced that construction of The Independent, a 58-story, 363-unit condominium tower located in Downtown Austin is complete. At 685 feet, The Independent is the tallest building in Austin and with its glass-clad, stacked design it is an architecturally distinctive addition to the city skyline. CIM co-developed The Independent with Aspen Heights.

“CIM Group utilized its expertise in owning and operating projects in developing The Independent and further enhanced the dynamic Seaholm neighborhood as well as elevating the residential options for Austin home owners,” said Avi Shemesh, Co-Founder and Principal of CIM Group.

Set on approximately 1.7 acres at the corner of West 3rd Street and West Avenue, The Independent has an exceptional position at the center of an expanding, walkable downtown Austin district. It is surrounded by premier shopping, dining and entertainment destinations and also is directly across the street from the Seaholm Power Plant redevelopment, another CIM Group project, which consisted of transforming the historic 1950-era decommissioned power plant and its surrounding five acres into a mix of office, a new residential condominium tower, retail space as well as 1.5 acres of green space and community plazas.