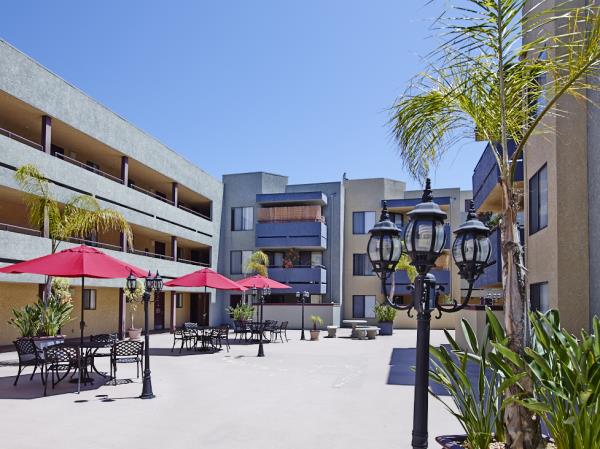 LOS ANGELES, CA - MWest Holdings, a vertically integrated private real estate investment and property management company based in Los Angeles, with more than 2.5 million square feet of residential and commercial property across the U.S., announced the acquisition of Harbor Terrace, an apartment building in the San Pedro Arts District. Harbor Terrace, located at 441 West 3rd Street, is MWest's second investment in San Pedro in just the last year, following the acquisition of San Pedro Bank Lofts in late 2018. The transaction is valued at $20.8 million.

Like earlier MWest acquisitions in the Downtown Los Angeles Arts District, Santa Monica, Echo Park, and Koreatown, Harbor Terrace is located in a thriving, exciting, up-and-coming community. San Pedro borders Rancho Palos Verdeswith its million-dollar estates, the Port of Long Beach, and the City of Long Beach, and is 30 minutes from downtown Los Angeles. With its unique architecture and artist communities, Downtown San Pedro recalls the early days of the Downtown Los Angeles Arts District or Echo Park and Silverlake around 2012 and 2013.

Constructed in 1987, Harbor Terrace is a 93-unit, three-story apartment community of studio, one-bedroom, and two-bedroom units, and features one level of above-grade parking, courtyard, fitness center, and leasing office. In addition to rebranding the property, MWest will contribute a wide array of amenities, including repainting the entire location, creating new outdoor common areas, and renovating all units.

"After first acquiring a building there last year, we are thrilled to return to the San Pedro neighborhood," said Karl Slovin, President of MWest Holdings. "Harbor Terrace, when beautifully renovated, will complement one of the city's most exciting arts communities."

The most desirable neighborhood in San Pedro, located close to the port of Long Beach, the Arts District is home to more than 30 studios and galleries, and features many restaurants and pubs and arts and crafts stores, as well as the Warner Grand Theatre, the historic, art-deco movie palace. The property is part of a neighborhood that will soon be going through major landscape-altering renovations, including the San Pedro Public Market, a redevelopment of the San Pedro Waterfront scheduled to open in 2020; an 80-unit boutique hotel proposed next to the Warner Grand Theatre; and the Alta Sea marine research facility.