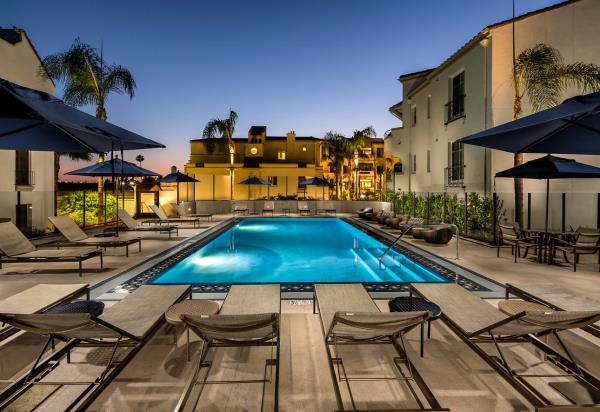 LOS ANGELES, CA - Douglas Emmett, a real estate investment trust (REIT), announced that it has acquired The Glendon, a residential community in Westwood with 350 apartments and approximately 50,000 square feet of retail, for a contract price of $365 million.

Douglas Emmett also announced that it has closed a total of $540 million in ten year, secured, non-recourse loans and sold 4.9 million shares of its common stock at pricing just above $41 per share through its ATM program.

Built in 2008, The Glendon is located at 1060 Glendon Avenue, and sits on 4.25 acres in the heart of pedestrian-friendly Westwood Village in Los Angeles. The property is within easy walking distance of Westwood's Class A office space (including over 2.1 million square feet owned by Douglas Emmett), UCLA's world-renowned campus, The Ronald Reagan UCLA Medical Center, and over 300 local shops and restaurants.

The Glendon common areas were recently upgraded and the property is midway through a total unit renovation, which will be completed by Douglas Emmett. The Glendon's multifamily units and its ground floor retail are both 97% leased.

With the acquisition of The Glendon, Douglas Emmett has grown its total multifamily portfolio by over 20% in the last two years to over 4,000 units in West Los Angeles and Honolulu, with more units scheduled for delivery from a robust development pipeline. Douglas Emmett currently holds The Glendon directly but may reduce its capital interest by contributing the property to a consolidated joint venture.