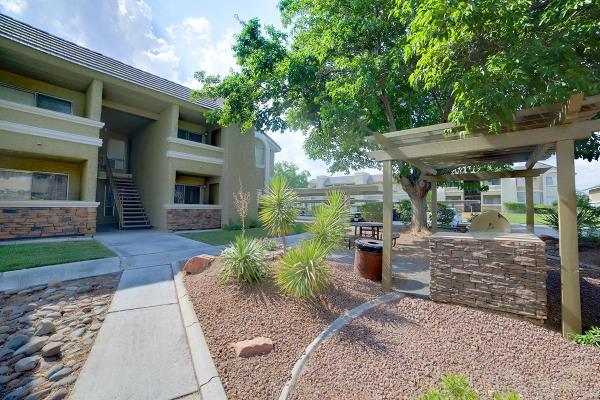 LAS VEGAS, NV - In the largest single multifamily asset transaction in Nevada history, TruAmerica, in joint venture with an institutional capital partner, has acquired Allanza at the Lakes (Allanza), an 896-unit multifamily community in Las Vegas, NV for $152 million.

With the acquisition, TruAmerica has started 2019 with almost $900 million in transaction activity including the acquisition of approximately 3,700 units in Florida, Georgia, Nevada and Colorado.

“We continue to fine tune our portfolio building scale where we have a significant presence like Las Vegas and expanding our national footprint into new markets such as Atlanta,” said TruAmerica Founder and CEO Robert E. Hart.

With 896 units, Allanza is the fourth largest apartment building in Nevada and the largest acquisition by unit-size in the six-year history of the Los Angeles-based real estate investment firm.  Since entering the Las Vegas market in 2016, TruAmerica, alongside its institutional partners, has significantly grown its local portfolio through selective acquisitions. TruAmerica now owns approximately 4,000 units in Nevada, making it one of the largest multifamily landlords in the state.

Las Vegas exhibits all of the fundamental indicators of apartment appreciation making it a market that TruAmerica believes will continue to experience long-term investment upside, according TruAmerica Director of Acquisitions Zach Rivas.

“Las Vegas maintains itself as one the lowest income-to-rent ratios MSA’s in the country making renting a very attractive proposition for Las Vegas residents,” Rivas said.   “While rent growth in other markets may be slowing, Las Vegas remains strong.”

Built in 1986, Allanza features a mix of one-, two- and three-bedroom homes in 56, two-story buildings on a 40-acre site.   Located at 8600 Starboard Drive the property benefits from a “Main and Main” location in the highly desirable Lakes neighborhood in Summerlin, according to Rivas.

In addition, the population within a five-mile radius of Allanza is expected to grow by nine percent over the next four years, according to Costar.

Allanza offers TruAmerica strong value-add upside through the implementation of an institutional quality management strategy along with a significant capital improvement program to fully upgrade the interiors of all homes, which will be executed as leases expire.  To enhance the property’s overall curb appeal, plans also call for targeted improvements to the buildings’ exterior and community areas around the property, which includes five swimming pools, two fitness centers, a pet spa, picnic areas and a playground.

TruAmerica Multifamily is a vertically integrated, value-add multifamily investment firm based in Los Angeles. Founded in July 2013 as a joint venture between Robert Hart and The Guardian Life Insurance Company of America, TruAmerica has been one of the country's most active multifamily investors and manages an $8.7 billion portfolio of approximately 40,000 units across prime locations.