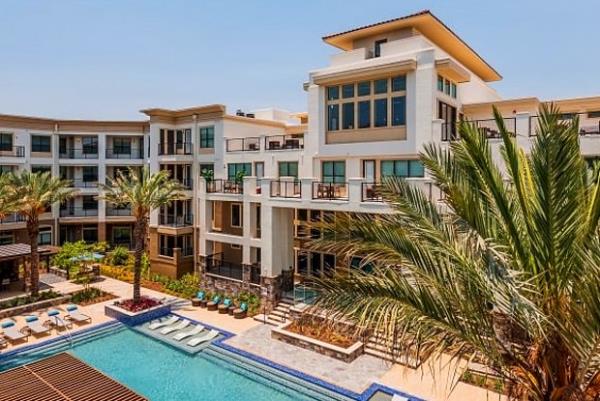 SAN ANTONIO, TX - Passco Companies, a privately held California-based commercial real estate company that specializes in acquisition, development, and property and asset management throughout the U.S., has acquired Tribute at the Rim, a 380-unit, Class A+ luxury apartment community in San Antonio, Texas.

With San Antonio ranking among the top two cities in the United States for population growth for the past two years, this asset is an ideal complement to Passco’s existing portfolio, in line with the firm’s strategy to acquire Class A, core multifamily properties in markets with strong growth fundamentals, according to Jake Niles, Director of Acquisitions – West at Passco Companies.

“Tribute at the Rim will continue to benefit from San Antonio’s strong job and population growth, as well as its unmatched positioning within the heart of The Rim, a master-planned ‘live, work, play’ community that includes the largest retail power center in Texas,” explains Niles. “This location offers residents exceptional walkability, with convenient access to over 110 restaurants, premier shops, big box retailers, and services.”

“This property offers employees a short and convenient commute to several of San Antonio’s top companies, including Valero Energy, NuStar Energy, and USAA, which are all headquartered in the city,” says Niles. “Further, the South Texas Medical Center, one of the largest employment hubs in the region, is located just seven miles from Tribute at the Rim. The Medical Center currently employs more than 56,000 professionals and holds 290 acres of land for future development, which will drive increased demand for multifamily down the line.”

According to Niles, the community offers upscale, urban-style living well-aligned with its location in Northwest San Antonio, one of the city’s most affluent submarkets.

Niles also explains that while there was an uptick in multifamily construction in response to the recent population boom, there is little new supply currently in the pipeline despite sustained demand, and low potential for more competition in the immediate area.

“Tribute at the Rim, due to its luxury amenities and exceptional location, overwhelmingly attracts renters-by-choice who enjoy the urban lifestyle and comprehensive resources that the community provides,” continues Niles. “The property is also within an exceptional school system, the Northside Independent School District, further increasing its appeal to prospective residents.”

JLL represented the seller, Kairoi Development, on the disposition, which was led by Managing Director Scott Lamontagne and Executive Vice Presidents Moses Siller and Zar Haro.

“Tribute is among the most iconic multifamily assets in San Antonio and easily the most walkable,” says Lamontagne, noting that the community is located in the city’s most dynamic submarket. “JLL was thrilled to represent the seller and help bring Passco into the San Antonio market with such a marquee transaction.”

While this is Passco’s first multifamily acquisition in San Antonio, the firm has been highly active within Texas markets over the past several years, acquiring a total of more than 3,440 units.

Tribute at the Rim, constructed in 2017, is located at 5810 Worth Parkway in San Antonio, Texas.