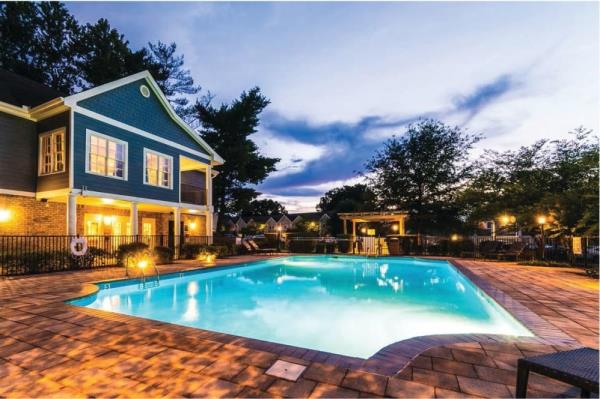 "With its expansive unit floorplans, Post Ridge Apartments serve a highly desirable and underserved demographic, and 865 Bellevue's strategic location between Highway 70 and Interstate 40 provides its residents easy access to Downtown Nashville, the Medical District, and other major employment centers," said David Nelson, Hamilton Zanze's managing director of acquisitions. "Both properties presented an opportunity to buy well-located, value-add assets in a great market. We are excited about being a part of the Nashvillemarket and will continue to look for more opportunities there."

Built in the early 1970s, 865 Bellevue comprises 326 rentable units and is located at 865 Bellevue Road. The preliminary renovation plans for the property include modernizing walls and ceilings, resurfacing countertops, adding new flooring, and updating lighting throughout. Amenities such as the pool area, the fitness center, and the clubhouse will also be enhanced.

Post Ridge Apartments is located at 595 Hicks Road and comprises 150 two- and three-bedroom units averaging 1,489 square feet each. The property is just one mile from the One Bellevue Place development, which will be one of the largest mixed-use districts in Nashville once completed. HZ plans to make light improvements to both individual units and shared amenities, including exterior façade and roofing enhancements. Property management at both properties has been transferred to Mission Rock Residential, an affiliate of HZ.

Nashville has seen a meteoric rise in recent years, in both population and economic activity. The market is defined by a diverse economy, low costs of living and doing business, a creative culture, and a well-educated population. Early 2019, Amazon announced plans to locate a large portion of its "HQ2" project in the metro. Several other corporate relocation announcements point to continued demand, driven in part by the region's high quality of life.