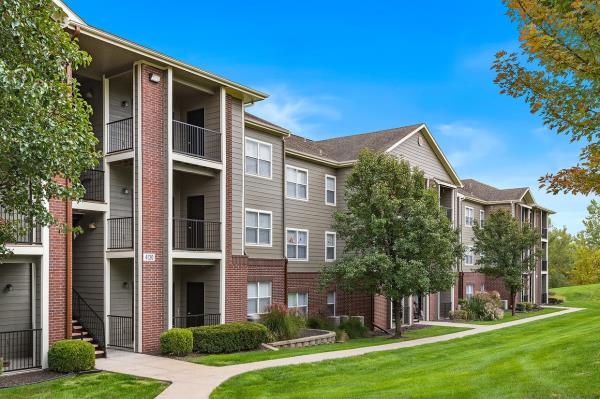 The 14-building community was built in 2004 and is located in close proximity to Interstate 70 and Independence Center Mall, providing immediate access to dining, shopping, entertainment, and five nearby universities. Cornerstone offers a mix of one- and two-bedroom units well-suited for both individual and family occupancy.

"Cornerstone Apartments represented an opportunity to acquire a well-located asset at an attractive discount to its replacement cost," said David Nelson, Hamilton Zanze's managing director of acquisitions. "Kansas City has been a target market for Hamilton Zanze in the past two years, and we will continue to look for further opportunities throughout the Kansas City metro in the months to come."

The property features a 24-hour fitness center, a heated indoor and outdoor year-round pool, and a large whirlpool spa. HZ plans to focus on enhancing the community's business center and clubhouse, in addition to adding a dog park and package storage system.

Property management responsibilities will be transferred to Mission Rock Residential, a Denver-based affiliate company of HZ.

Cornerstone Apartments is located just 20 minutes from downtown Kansas City. Since 2000, over $6 billion of public and private projects have been completed in the metro area, with population growth of roughly 120,000 from 2010 to 2017. The region ranked in the top-15 North American cities for growth in the technology sector from 2011 to 2016, with a 41.8% increase in tech employment that outpaced major tech hubs including Los Angeles, Toronto, Boston, Atlanta, and Dallas. Strong economic and population growth are likely to continue, supporting the metro as a prime market for multifamily investment.