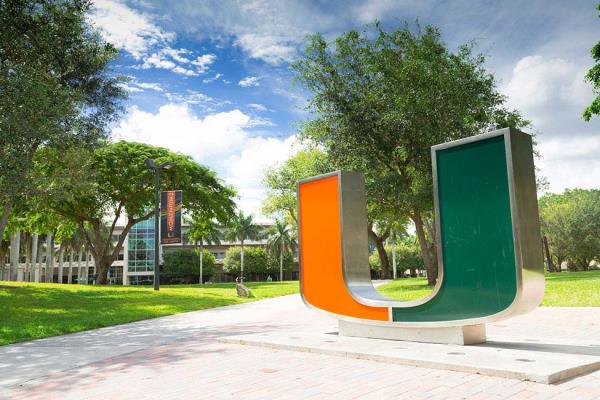 CORAL GABLES, FL - A new online tool, launched by the University of Miami with support from Citi, reveals roughly 500 million square feet – roughly the size of Manhattan – of underutilized, publicly owned land in Miami-Dade potentially suitable for the development of affordable housing.

The new tool, called Land Access for Neighborhood Development (LAND), is a free, online mapping tool that provides a real-time snapshot of the location, size, and ownership of thousands of parcels of publicly or institutionally owned vacant or underutilized land across Miami-Dade County and its 34 municipalities. These are parcels of developable land that could be assembled across jurisdictions and along transportation hubs to house lower-income residents who are being priced or pushed out of the rapidly gentrifying housing market.

The tool was publicly unveiled yesterday at an event at the Beacon Council that featured remarks by City of Miami Mayor Francis Suarez, Director of Miami-Dade County Public Housing and Community Development Michael Liu, Community & Economic Development Advisor of the Federal Reserve Bank of Atlanta Ann Carpenter, and Annie Lord, Executive Director of Miami Homes for All.

“The launch of the Land Access for Neighborhood Development tool is part of our holistic approach to improving quality of life, creating a pathway to prosperity, and becoming a more resilient city,” said Miami Mayor Francis Suarez. “This will allow us to map out underused land throughout Miami to identify spaces for affordable housing, parks, and other elements that will directly impact countless lives.”

“Our goal in developing this free tool is to show the incredible resources available across the county for the development of affordable housing,” said Robin Bachin, director of UM’s Office for Civic and Community Engagement, which founded the Miami Housing Solutions Lab. “By being able to visualize this land, policymakers can more easily create evidence-based strategies for conveying land to promote housing affordability and equitable community development.”

“There is both a huge need and rising local support for innovative new approaches to affordable housing, but the missing ingredient has been access to developable land,” said Ines Hernandez, South Florida Market Manager for Citi Community Development. “By gathering this previously unavailable information and making it accessible to the public for the first time, this new LAND tool will unlock the tremendous opportunity for creating and preserving permanently affordable housing for families across Miami-Dade County.”

"Never before have we been able to see, with as much breadth and detail, publicly and institutionally owned vacant lands across Miami-Dade County,” said Annie Lord, Executive Director of Miami Homes for All. “This tool will, for the first time ever, allow us to have a collective, transparent, inclusive conversation about what to do with this land owned by our public institutions. At a time when we're facing a dire affordable housing crisis, it's incumbent on all of us to make sure the land is managed responsibly."