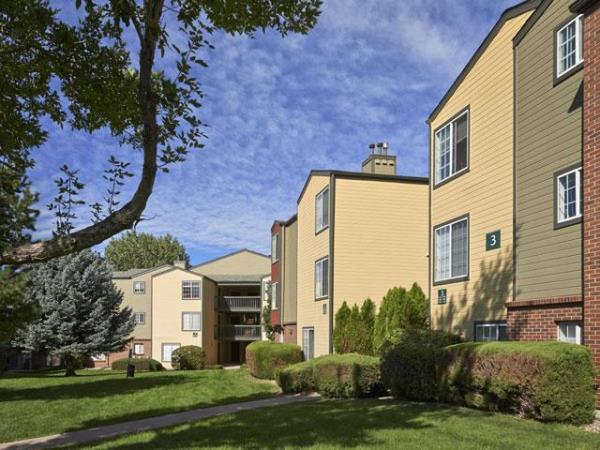 Following an active 2018 with acquisition volume of nearly $1 billion, TruAmerica has now made more than $300 million in multifamily investments in the first two months of the year, including its first in the state of Georgia.  With Loretto Heights and Legends at Lake Mary, the Los Angeles-based multifamily investment firm increases its already substantial footprints in two of the strongest multifamily markets in the country, according to Head of Acquisitions and Co-Chief Investment Officer Matthew Ferrari.

“Both Denver and Orlando benefit from sound multifamily fundamentals including continuing job and population growth, and a limited supply of new rental housing to meet demand,” said Ferrari. “The ability to acquire both properties at a significant discount to new construction allows us to improve the properties to compete with higher priced product in the area, but still keep rents in line for our residents.”

Built in 1988, Loretto Heights is located 15 minutes from Downtown Denver, which is home to 133,000 daytime employees and has experienced a 74 percent increase in tech employment since 2010.  It is also centrally located to a variety of major employers such as Oracle, United Healthcare, and TransAmerica. Denver has one of the most diverse economies in the country, with no major industry making up more than 18 percent of its total employment.

With only 61 of the 312 apartments fully upgraded, Loretto Heights, represents an attractive value-add opportunity.   In addition to bringing the remaining homes to fully renovated status with new stainless steel appliances, hard-surface flooring, stone countertops and modern lighting and plumbing fixtures, TruAmerica will upgrade the exterior and common areas to enhance the property’s overall curb appeal.

HFF’s Denver office led by Jordan Robbins and Anna Stevens represented both parties in the transaction.

Legends at Lake Mary is TruAmerica’s eighth asset in Orlando and increases its Florida holdings to more than 4,400 apartments. Other assets are located in Boynton Beach, Fort Myers and Tampa-Clearwater.

Legends at Lake Mary is a low-density community (8.3 homes per acre) located in one of the most affluent submarkets in the Orlando MSA.  Bordering the Timacuan Golf Club, the property features 18, two-story wood frame buildings housing a mix of one-, two-and three-bedroom homes, each with an attached garage.

“Rising construction and land costs have made it economically unfeasible to replicate this type of property in the current market environment, which truly makes Legends at Lake Mary an irreplaceable asset,” added Ferrari.

Over the last five years, Orlando has averaged job growth of 3.9 percent, far surpassing the national average.  Additionally, Orlando’s population grew by 17.6 percent from 2010-2017, making it the third fastest growing city in the country.

While the property has been well maintained only a small percentage of the homes have been upgraded since its construction in 1997. In addition to full interior unit renovations including new appliances and modern finishes, TruAmerica also will make improvements to the community’s numerous amenities including the clubhouse, fitness center, tennis and volleyball courts, and pool areas in order to improve the quality of living for the residents.