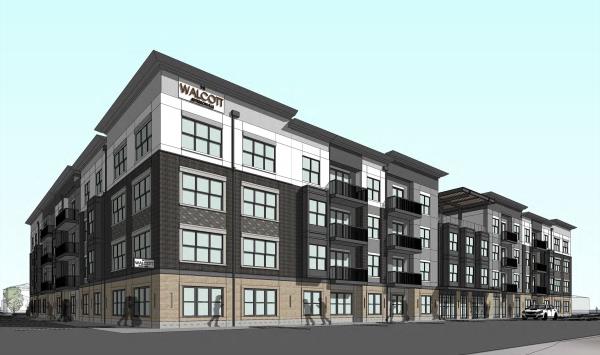 JEFFERSONVILLE, IN - Waypoint Residential, a vertically integrated real estate investment management firm specializing in the U.S. rental housing sector, announced that it will develop The Walcott Jeffersonville. This 214-unit Class A multifamily property will be located in Jeffersonville, Indiana in the Old Jeffersonville Historic District opportunity zone.

“The Walcott Jeffersonville is our second investment in the greater Louisville MSA, and our first in Jeffersonville,” said Scott Lawlor, Chief Executive Officer, Waypoint Residential. “The City of Jeffersonville’s revitalization strategy, in the broader context of a diverse and growing economy in the MSA, presented a compelling investment opportunity. It is a deal we had under contract before the opportunity zone designation, which is an added benefit.”

The Project will be located in Historic Downtown Jeffersonville directly across the street from the Big 4 Station Park and will benefit from the ongoing revitalization of Jeffersonville’s downtown and waterfront, which includes new restaurants, bars, boutiques and the Riverfront floating amphitheater. Additionally, the Big Four Bridge (the longest pedestrian bridge in the world), offers easy access to the Kentucky Center for the Performing Arts and the hot NuLu and Butchertown neighborhoods across the river in Louisville, Kentucky.

The Walcott Jeffersonville will include a mix of studio, one- and two-bedroom units with market-leading finishes. The community will also offer luxury amenities, such as a resort-style pool and state-of-the-art fitness center, an Internet café, an indoor-outdoor rooftop terrace overlooking the park and river, an automated parcel system and a pet spa.

“The Walcott Jeffersonville is ideally located in the heart of the revitalization of Historic Jeffersonville with doorstep access to the dynamic, emerging live-work-play environment on the Indiana side of the Ohio River, while providing convenient access to the employment, recreational and entertainment options across the river in Louisville,” said Eric Hade, Chief Development Officer, Waypoint Residential. “The Walcott will provide a ‘best of both worlds’ luxury housing solution in what we feel is one of the most exciting areas along the Ohio Riverfront.”

Construction of The Walcott Jeffersonville is targeted for completion in mid-2020.