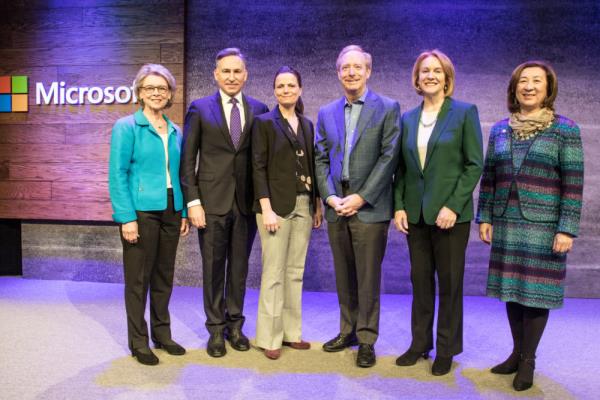 REDMOND, WA - Microsoft announced a $500 million commitment to preserve existing affordable housing, spur construction of new units, and partner with nonprofits to address the affordable housing crisis on the Eastside of King County and the Puget Sound region.

This includes two initial commitments: $5 million for the new Home Base program through the United Way of King County, to prevent people from becoming homeless by providing legal representation, helping with back rent and offering caseworker help. $5 million for the aligned funding that supports the city of Seattle and King County creation of a consolidated entity to address homelessness. This funding will help kick-start a new philanthropic funders collaborative that will work together with government and other partners.

The majority of this capital will be deployed over the next three years.

Across the region, housing costs have risen and increasingly pushed out people with lower and even middle incomes. Puget Sound has become the sixth most expensive region in the country, and the region has seen a 21 percent increase in jobs since 2011, coupled with only a 13 percent increase in housing units. This problem is even more pronounced in the smaller cities around Seattle than in Seattle itself.

"If we're going to make progress, we'll all need to work together as a community," said Microsoft President Brad Smithand Microsoft Chief Financial Officer Amy Hood in a joint blog post. "Ultimately, a healthy business needs to be part of a healthy community. And a healthy community must have housing within the economic reach of every part of the community, including the many dedicated people who provide the vital services on which we all rely."

The announcement accompanies a joint declaration from the mayors of nine of the largest cities around Seattle to take steps to increase affordable housing capacity. Mayors of Auburn, Bellevue, Federal Way, Issaquah, Kent, Kirkland, Redmond, Renton and Sammamish will consider changes in zoning to increase the pipeline of housing in selected areas, providing desirable public land near transit locations, addressing permitting processes and fees, and creating tax incentives for developers.