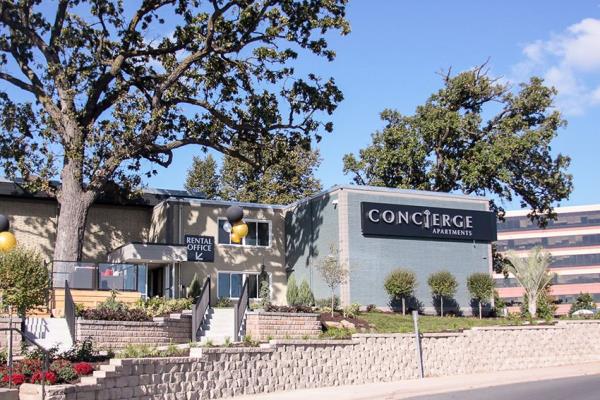 "We made a significant commitment to re-energize Concierge over the last three years of ownership, performing a major renovation which fully updated all 698 units. We also focused on adding a superior amenity package including a state of the art fitness center, theater, golf simulator, dog park, rock climbing wall, convenience store and new leasing office at the property," said Andrew Bruce, Executive Vice President and Principal at MLG Capital.

"Not only did this investment re-energize the community in which it is located, our family of investors realized phenomenal overall returns. MLG generally seeks to exit investments after improving and/or stabilizing assets so that we can continue our pursuit of new value-added investment opportunities from our deep nationwide sourcing network," said Bruce. "Our competitive advantage is proprietary deal flow and we are actively seeking similar opportunities."

Concierge benefits from a great location on the border of Edina, Bloomington, and Richfield with exceptional access via Interstate 494 and is near the Minneapolis–St. Paul airport, the Mall of America, and large regional employers such as Toro and Best Buy. Concierge provides its tenants with convenient linkages to downtown Minneapolis, major employment centers, and an abundance of shopping.

Since the inception of MLG Capital in 1987, the firm, and entities associated, have had active, exited, or pending investments totaling approximately 18 million square feet of total space across the United States, inclusive of more than 12,900 apartment units, with exited and estimated current value exceeding $1.6 billion.