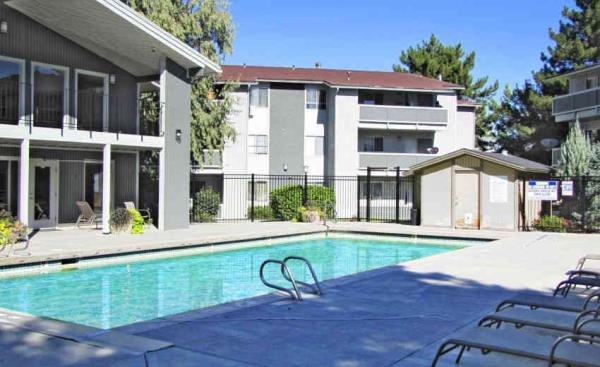 Danny Shin and Brock Zylstra of Marcus & Millichap represented both the buyer, Bridge Investment Group, and Gelt in the transaction.

Gelt acquired the property in July 2014 and made significant enhancements to the asset including rebranding the property with a new name and signage. Some of the key improvements included the addition of a sport court and dog park, painting the exterior of the buildings, and renovating the leasing office, clubhouse, and fitness center.

“Gelt saw Monaco Apartments as an opportunity to do what we do best: identifying an asset in a strong job market and making needed strategic operational and capital improvements to add value and bring rents to market rates,” said Keith Wasserman, a partner with Gelt, Inc. “We were able to achieve an approximately 140 percent cumulative yield for our investors, and a 2.4 multiple on their equity investment, inclusive of cash flows and sale proceeds.”

Jeff Harris, Gelt’s COO added: “Understanding that there is a tremendous amount of capital chasing workforce multifamily housing investments especially in a market with strong fundamentals like Salt Lake City, we determined it was an ideal time to sell Monaco. This sale frees up capital for us to make additional acquisitions as we are looking to acquire another 1,000 units in Salt Lake City and a total of 2,000 units throughout the Western U.S. over the next year.”

Monaco Apartments was built in two phases in 1973 and 1978 and is situated on 10.49 acres at 4115 South 430 East in Salt Lake City.  The property consists of 23, three-story buildings and includes one- and two-bedroom units that feature stainless steel appliances, walk-in closets and private balconies/patios. Some units offer fireplaces and washers/dryers.

“Monaco Apartments presented investors an exciting opportunity to acquire a great property in Utah,” noted Shin. “We were confident that the property would attract a great deal of interest from buyers due to its location in a desirable community and solid historical performance.  The submarket continued to show strength and growth potential as proven by the high occupancy and increases in rental rates, especially in the renovated units.  The new owner is well-positioned to further increase revenue through continuing the renovation program and enhancing the amenity package.”

The asset is near the 15, 215 and 80 Interstates as well as Route 89. Its central location is also accessible to University of Utah, Salt Lake City International Airport, Salt Lake City Community College and Westminster College. The property is situated within a densely populated area with approximately 376,000 people within a five-mile radius.

Salt Lake City is the social, economic, and cultural center of the Salt Lake City metropolitan area, one of the fastest growing metropolitan areas in the country. The area’s growth is partially due to the recent clustering of tech-related corporations along an 80-mile swath from Provo to Ogden that has become known as Silicon Slopes. Additionally, Downtown Salt Lake City has become a thriving entertainment, shopping, and dining district that attracts visitors from across the region.