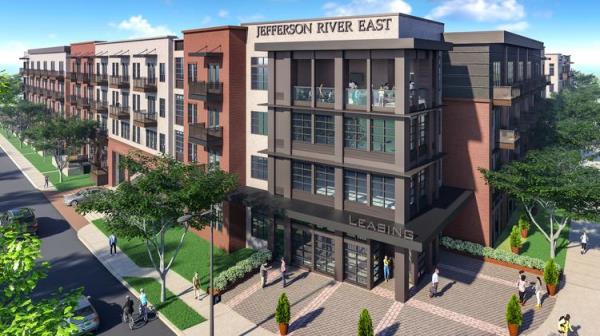 FORT WORTH, TX - Fort Worth has long been known for its historic roots. As the fastest-growing large city in the United States, per a list recently released by the U.S. Census Bureau, it’s no surprise that expansion has crossed the Trinity River giving life to Riverside Park and the plentiful amenities surrounding it. To meet the growing population’s demand for housing, JPI has broken ground on Jefferson River East which will deliver 400 homes adjacent to this vibrant area of the city.

“This is truly an exciting time to be in Fort Worth,” said Matt Brendel, divisional president and managing partner at JPI. “Fort Worth is home to over 80,000 businesses including household names such as American Airlines, Lockheed Martin and BNSF Railway. With the abundance of employment and entertainment options available, we feel there is no better place than Fort Worth for Jefferson River East.”

Located on the cross streets of Oakhurst Scenic Drive and East Belknap Street, Jefferson River East provides the perfect blend of the “big-city feel” along with natural surroundings. The property, situated on over eight acres, is adjacent to the newly renovated Riverside Park and Trinity River and is located less than two miles from Downtown Fort Worth.

Jefferson River East is also within three miles from the Fort Worth Medical District, which is home to five world-class hospitals and hundreds of individual clinics. JPI’s newest community is also in close proximity to the historic Fort Worth Stockyards District, which features multiple dining and entertainment options including Billy Bob’s Texas and Joe T. Garcia’s.

Within the community, residents will be able to utilize the two resort-style pools, two luxury clubhouses, a very unique “speakeasy-style” amenity area, two sky lounges, a state-of-the-art fitness center, and a yoga studio. Residents will also be able to enjoy the concierge service, a JPI signature amenity, as well as a pedestrian trail that runs directly through the site.

The senior lender for Jefferson River East is Fifth Third Bank and CrossHarbor Capital Partners is serving as the preferred equity provider for the project.