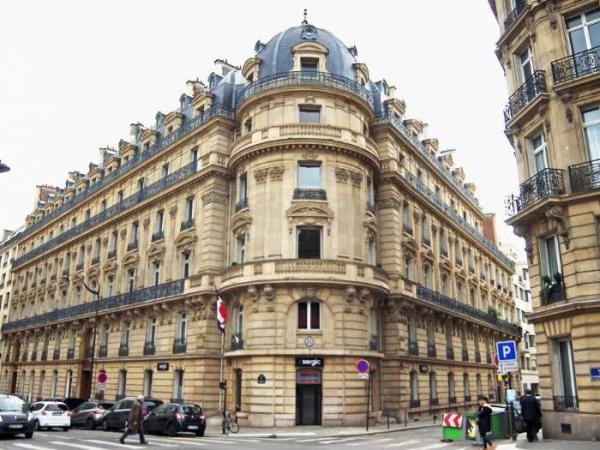 PARIS - Greystar, the global rental housing leader, is announcing the launch of a vertically integrated platform in France to acquire and develop purpose-built student accommodation and rental housing.

To support this move into France, Greystar is opening an office in Paris under the leadership of Hideki Kurata. Mr. Kurata has been appointed Directeur Général for France, and as the country business lead, will oversee a team focused on building a portfolio to include both student housing and multifamily portfolios. Hideki joins Greystar from AXA IM - Real Assets, where he was Head of Real Estate Private Equity.

The new France office forms a key part of Greystar’s continued European expansion program, which is geared towards positioning the company as the leading provider and operator of rental housing in all major European cities. This growth strategy includes offices in London, the Netherlands, in Frankfurt, Barcelona and Madrid in combination with the acquisition of RESA, the largest student housing operator in Spain in 2017.

Greystar’s strategy for France is initially focused on Paris, prioritizing student accommodation and targeting development opportunities and the acquisition of operational assets and platforms. Greystar is also committed to investing outside Paris, as a part of a long-term growth program, and has identified a number of attractive cities across France with large university populations.

In addition to student housing, Greystar is also committed to developing a multifamily platform in France. Multifamily, a residential asset class common in Germany, the United States and Japan, offers purpose-designed rental housing at scale for people at different life stages, including young professionals, families and older people. It is a type of development typically associated with high levels of on-site service and resident amenity.

Bob Faith, Founder and CEO of Greystar, said: “France has the second largest real estate sector in Europe and opening an office in Paris secures a platform for Greystar in this significant territory. France is a mature, stable and growing economy but at the same time it’s a country with a serious shortage of purpose-built rental accommodation. As the leading global operator, we believe this is a location with enormous potential and where our investment, alongside capital from our institutional partners, can have a transformative impact. We’ve designated Paris a core market in our European city growth strategy, alongside Berlin, Barcelona, London and Madrid. We have appointed an outstanding individual to lead and grow our business in France. Hideki has extensive pan-European experience and he has Greystar’s full support to realize the potential we see in this dynamic market”.

Hideki Kurata, Greystar’s Directeur Général – France, Greystar, said: “I’m excited about bringing to France a new and innovative type of housing product which will redefine the rental experience. There is considerable untapped institutional appetite for a rental platform that is professionally managed with amenities and service at the core of the value proposition. Paris is a location where we can scale and that’s where we’ll be prioritizing our efforts – targeting first student accommodation and then the wider rental housing market. Our strategy will allow us to leverage the Grand Paris project, which will transform the Paris metropolitan area and unlock new developments. Outside Paris, in urban conurbations in major cities, there’s a significant population living in rented accommodation. As a result, we see enormous scope for sustained and long-term investment in France”.

The Greystar France office is in Paris’s 8th arrondissement on the Rue de Courcelles.