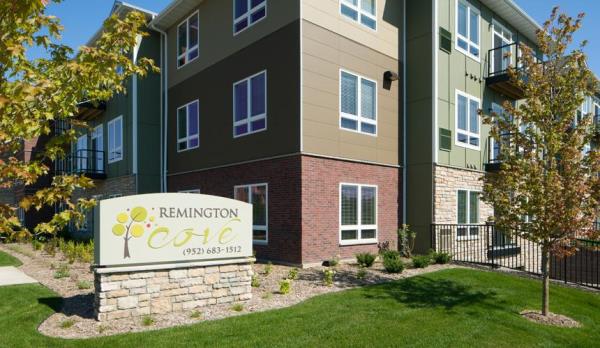 APPLE VALLEY, MN - CAPREIT, a fully-integrated real estate operating company responsible for the ownership and management of more than $5 billion of multifamily assets, announced it has acquired the second phase of Remington Cove, a 196-home apartment community in the Twin Cities metropolitan area.

Based in the heart of Apple Valley about 20 miles south of Minneapolis and St. Paul, the second phase features 95 apartment homes and joins Remington Cove Phase I in the CAPREIT portfolio. The 101-home original phase was developed in 2015 and acquired by CAPREIT in 2017. Although the two phases combine to constitute one apartment community, CAPREIT acquired the phases in separate transactions.

"We're delighted to add Phase II to the CAPREIT family and to expand our presence in the wonderful Apple Valleymarket," said Jay Tucker, acquisitions associate for CAPREIT. "Whether our residents prefer the small-town feel of the community or the cosmopolitan sophistication and thriving employment market of a large-scale downtown, it's all within reach at Remington Cove."

Situated at 15430 Founders Lane, Remington Cove residents enjoy a commuter-friendly locale within walking distance of the Apple Valley Transit Station's Metro Red Line, which provides rapid bus service throughout the metro area. Interstate 35 is within a short drive, offering prime connectivity to the Twin Cities, Minneapolis-St. Paul International Airport and many local hot spots, including the world-famous Mall of America and Minneapolis Institute of Art.

Additional nearby attractions include the Minnesota Zoo, Guthrie Theater, Weisman Art Museum and several sporting venues, including state-of-the-art U.S. Bank Stadium, the home of the Minnesota Vikings that opened in 2016. Many parks and trails surround the community, and recreational enthusiasts are within 17 miles of spectacular Minnehaha Park, home to 53-foot Minnehaha Falls.