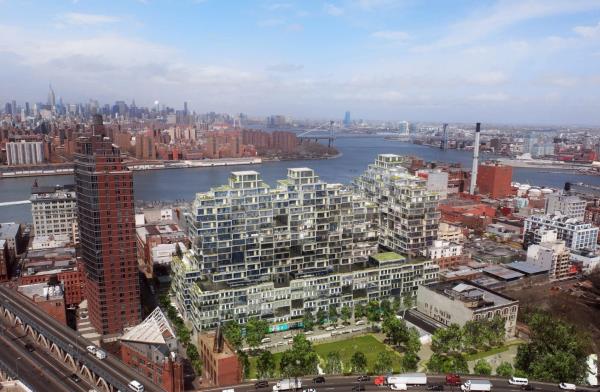 BROOKLYN, NY - CIM Group announced that it has closed on a loan of more than $600 million provided by J.P. Morgan Chase Bank, N.A. for the construction of the Morris Adjmi-designed 85 Jay Street mixed-use project situated on more than three acres in Brooklyn’s DUMBO neighborhood. The project, consisting of residential for-sale condominiums, multifamily apartments, retail and community facility space in addition to below-grade parking, is being co-developed with LIVWRK. Site work has already commenced.

“Securing this loan from J. P. Morgan is another milestone for this significant project that will add to the vibrancy of the neighborhood by activating a long-barricaded parking lot and providing new residences and retailers for this fast-growing community,” said Avi Shemesh, Principal and Co-Founder of CIM Group.

The prime locale of this 135,000-square-foot full block site bounded by Front, York, Jay and Bridge Streets at the base of the Brooklyn and Manhattan Bridges and within the Brooklyn Tech Triangle makes it one of the most desirable properties in Brooklyn. The property is across the street from the York Street subway station and is steps away from the Brooklyn Bridge Park.

For more than a decade, CIM Group has been an active owner and developer in the New York metropolitan area, and 85 Jay Street was the firm’s second acquisition in Brooklyn. With LIVWRK, CIM Group also owns and is co-developing Panorama, a mixed-use office and retail campus encompassing approximately 740,000 square feet across two city blocks at 25–35 Columbia Heights in Brooklyn Heights as well as 109 Montgomery, a 163-unit ground-up residential condominium project in Crown Heights. CIM also owns and operates 16 Court Street, a 36-story, 333,000-square-foot office building in Brooklyn Heights.