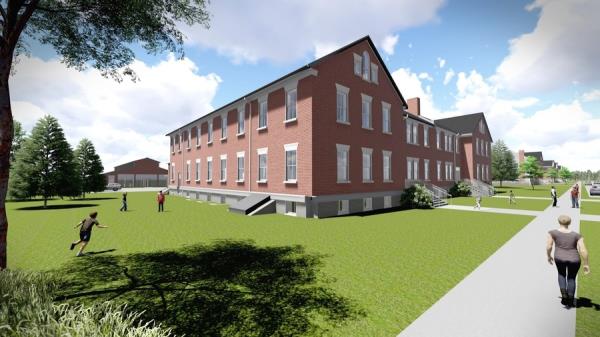 Fort Des Moines dates back to the 1800s, and its Provisional Army Officer Training School building is a national landmark. The barracks buildings that were transformed into Fort Des Moines Living were constructed between 1903 to 1910. Fort Des Moines was home to the Provisional Army Officer Training School, where black Americans were trained to be officers for the U.S. Army during World War I, and where women first began training for U.S. Army service in 1942 as part of the Women's Army Corps.