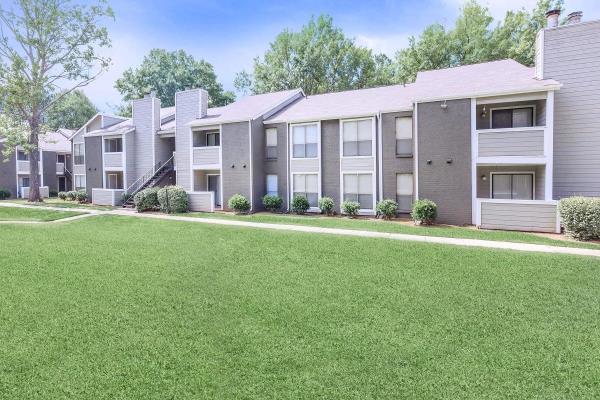 HUNTSVILLE, AL - Two Huntsville apartment communities totaling 375 units were purchased for $14.5 million by a partnership of an affiliate of Tampa-based Blue Magma Residential LLC and New York-based Auerbach Funds as general partner of Auerbach Opportunity Fund, I LP, in a transaction brokered by Cushman & Wakefield. Blue Magma Residential is a privately-held commercial real estate management company which through its affiliates co-owns or manages over 10,000 apartment units in Alabama, Florida, Georgia and Mississippi. Auerbach Funds is a real estate private equity fund manager with over 1.7 million square feet under management in seven states throughout the continental U.S.

The properties include the former Hillside Village, a market-rate community of 223 units located at 4515 Bonnell Drive, and the former Twickenham Village, a market-rate community consisting of 152 units located at 5001 Galaxy Way NW. The purchase prices of the recently closed transactions were $8.75 million and $5.78 million, respectively, equaling $39,238 per unit and $38,026 per unit. The partnership will also invest approximately $1.8 million in interior and exterior upgrades at Hillside Village which will be re-branded and marketed as The Park at Summerhill. In addition, the partnership will invest approximately $1.3 million at Twickenham Village, which will be marketed as The Park at Bellingham. Financing was arranged by Eyzenberg and Company through a division of Suntrust Bank.

In addition to its latest portfolio purchase in Huntsville, Blue Magma Residential also has four other apartment communities in Alabama including two in Birmingham and one each in Dothan and Prattville. Auerbach Funds is the co-owner of the Dothan asset.

Peter Auerbach, founder and CEO of Auerbach Funds, stated, “We are confident that the value-add initiatives planned for the communities, as well as the excellence of our partner, Blue Magma will capitalize on the growth within the Huntsville market. What we like most about this transaction is that we are not reliant on said market growth in order to generate our expected returns. That said, we are big believers in the community at large.”

Elaborating, Oded added, “As evidenced by this transaction, Blue Magma Residential is now expanding into the promising Huntsville market, the Epicenter of the Rocket Propulsion and Missile Industry of the U.S.  In addition, there has also been the announcement of Facebook’s $750 million, 970,000 square foot data center expected to open in 2020, Mazda Toyota’s $1.6 billion auto plant bringing as many as 4,000 jobs, as well as the new FBI Campus on the Redstone Arsenal grounds that is slated to fill over 1,500 jobs. We feel there is a growing opportunity, and frankly a void, in this under-serviced and under-appreciated real estate market for companies like Blue Magma Residential, where customer service and focus on excellence is a core value of our business model.”