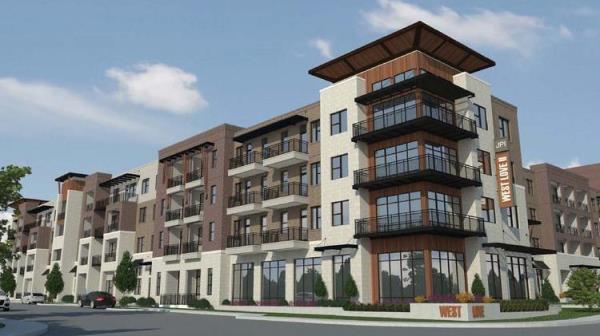 IRVING, TX - JPI broke ground on the first phase of Jefferson West Love in October 2016, and with rapid success, the $200 million mixed-used development quickly became one of the most popular up-and-coming communities in Dallas. As top-tier corporations continue to relocate to the area and more jobs are created, JPI, the most active developer in the Metroplex, is meeting the need for Class A multifamily housing by breaking ground on the second phase.

Supplementing phase one of Jefferson West Love's 368-home community, JPI will add an additional 354-home community to the west side of Mockingbird Lane.

Jefferson West Love, which was named the 2017 Best Multifamily Development of the Year in the Mid-Rise category by D Magazine, is part of a $200 million mixed-use development that, when complete, will include up to 200,000 square feet of office space developed by KDC, 65,000 square feet of retail and restaurant space, and a $40 million 244-room combination Aloft and Element hotel by Westin.

In addition to the convenient walkability that the West Love development provides, residents will also enjoy proximity to Dallas Love Field Airport, the Stemmons Corridor, which is home to more than 5,000 businesses encompassing approximately 10 percent of Dallas County employment, and the Medical District, which is currently undergoing an expansion that, once complete, will employ more than 35,000 people.

Residents of Jefferson West Love will enjoy concierge service, a bike storage and repair room, a resort-style pool, and a state-of-the-art fitness center and yoga studio.