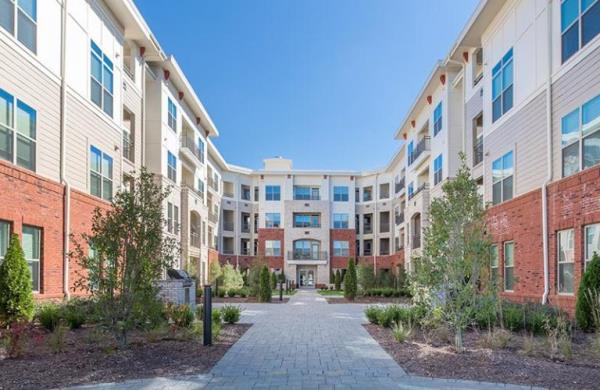 In November of 2015, Drucker + Falk began leasing and management of The Franklin. The new development received the first building in January 2016 and the final building in May 2016. Over the next 12 months, the Drucker + Falk team marketed the product’s superior unit layouts and modern interior finishes in combination with the DF customer service philosophy of integrity and performance to attract future residents. The result was that Drucker + Falk leased The Franklin to 95 percent occupancy in 12 months, beating the average market timeframe of 18-24 months, and with the highest asking rental rates in the submarket, at $1.46 per square foot.

According to Kellie Falk, Managing Partner at Drucker + Falk, “Despite the abundance of options and growing concessions for residents in Cary, the second largest multifamily submarket in the Raleigh-Durham corridor, we leased The Franklin at the highest rental rates in the submarket offering no concessions and are proud to hold the asset to that standard of quality and value today.”

“We have been extremely pleased working with Drucker + Falk for the predevelopment and lease-up of The Franklin Apartments. Not only did they outpace the market to stabilization, but they increased income pushing the highest rents to the highest levels,” said Everett Daniels, VP of Construction with Dewitt Carolinas. “Drucker + Falk hires and supports the best people. In our opinion, the onsite team has been a huge part of The Franklin’s success, and we appreciate the partnership.”