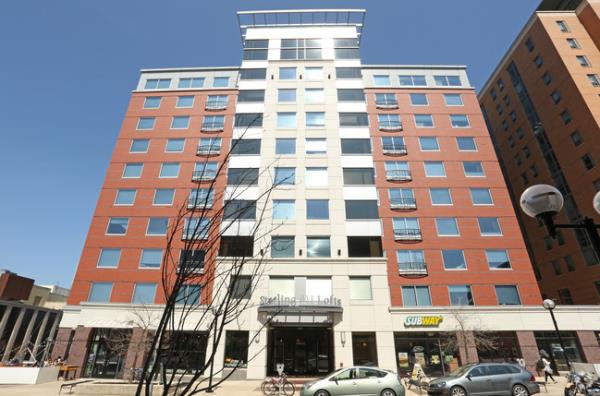 "We are very pleased to complete the acquisition of this Class 'A', institutional-quality student housing property located near one of the largest and most prestigious research universities in the country," said H. Michael Schwartz, chief executive officer of SmartStop. "The property is a best-in-class, purpose-built community with excellent amenities and floor plans that SmartStop seeks when acquiring student housing."

The property is currently 98 percent occupied for the 2017 – 2018 academic year and is 53 percent pre-leased for the 2018 – 2019 academic year. The community will be professionally managed by Asset Campus Housing, one of the nation's premier third-party student housing managers.

"The 411 Lofts student housing community is the complete package – a full amenity set, with attractive floor plans all within a short walk of the University of Michigan's central campus," said John Strockis, senior vice president of acquisitions for SmartStop. "Given its current rent structure, 411 Lofts represents one of the best price/value student living accommodations in downtown Ann Arbor."

Constructed in 2009, 411 Lofts is a five-minute walk from The Diag, the University of Michigan's open space in the middle of its central campus, which the university reports to be one of its busiest sites. The property is one block from State Street District, which features several shops and restaurants, and approximately one mile from Michigan Stadium, the largest football stadium in the United States with a seating capacity of more than 107,000 and home to the University of Michigan Wolverines football team.

The University of Michigan has more than 575,000 alumni worldwide and an enrollment size of approximately 46,000 students as of the fall of 2017. The school also has nearly 30 NCAA Division 1 intercollegiate men's and women's sports teams. In 2017, the University of Michigan was ranked third on Money Magazine's list of Best Colleges For Your Money, fourth on Forbes's list of Top 25 Public Colleges In The U.S., and first on U.S. News & World Report's list of Best Social Work Programs.