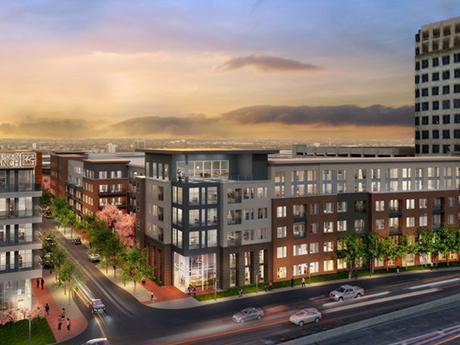 IRVING, TX - The greater Dallas market is sure to see economic growth for the foreseeable future, and the area's most productive multifamily developer, JPI, is poised to grow along with it. Expanding its footprint in the Galleria area of Farmers Branch, the North Texas developer announced that it has purchased land along Dallas Parkway that will be developed into the Jefferson East Branch luxury multifamily property.

"Our data and research, along with our longstanding tradition of keeping our ears to the ground, convinced us a few years ago that Farmers Branch was certain to offer us a prime area to invest," said Matt Brendel, senior vice president and development partner at JPI. "Jefferson East Branch will join that submarket's JPI inventory of Jefferson Landmarkand Jefferson Boardwalk."

Jefferson East Branch be constructed in two phases, the first providing 390 apartment homes and a host of amenities for its residents, including: Quality upgraded interiors in each unit; Walkability to a host of retail, shopping and dining options such as Galleria Dallas; Convenient access to Addison Circle, which encompasses over 80 acres – including over half a million square feet of office space and 120,000 square feet of retail space.

"JPI has a transformational vision for this area, one that aligns seamlessly with the city's vision," said Farmers BranchMayor Robert C. Dye. "We are eager to see the opportunities that this community will provide to our residents."