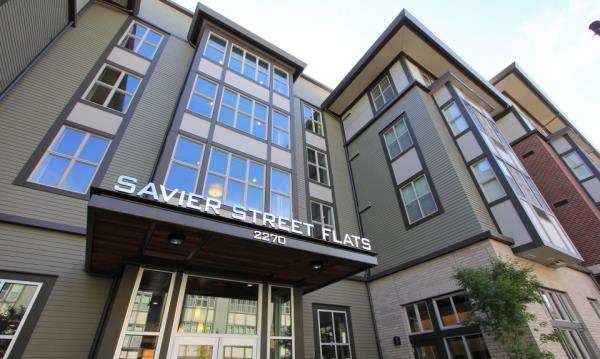 PORTLAND, OR - Global real estate investment company Kennedy Wilson has acquired Savier Street Flats, a wholly-owned 179-unit apartment community in Portland’s Northwest neighborhood for $60 million. KW invested $27 million of equity, and assumed an eight-year loan of $33 million at a fixed-rate of 3.5%. The purchase comes on the heels of several large KW apartment acquisitions in the Portland area and reflects a continued focus on recycling capital into high-quality properties located in high growth markets.

“Portland has established itself as one of the fastest growing apartment markets in the United States, and we are pleased to expand Kennedy Wilson’s presence into a region that is forecasted to continue its upward trajectory,” said Shem Streeter, Managing Director at KW. “With its relatively low cost of doing business, high quality of living and highly educated population, Portland has become one of the country’s strongest economies anchored by high tech growth. Like many of the major urban markets along the West Coast, all signs point to an increased need for well-located housing like what we are offering at Savier Street Flats.”

Savier Street Flats was the final acquisition utilizing the 1031 exchange proceeds generated from the recent sale of Summer House, a wholly owned 615-unit apartment community in Alameda, CA. Constructed in 2013, Savier Street Flats is 47 years newer than Summer House, provides walkable access to the city’s best dining and retailers as well as proximity to major local employers, and features modern amenities while also incorporating the historic character of the surrounding neighborhood.

The LEED Platinum-certified Savier Street Flats includes a mix of studio, one, and two-bedroom units ranging from 553 square feet to 1,062 square feet across two mid-rise buildings. The community includes a fitness center, indoor and outdoor resident lounges, a pet spa, a bike wash and repair station and controlled access parking for vehicles and bikes. On the ground floor, residents have access to two retailers - Abbey Bar and Bottleshop and ZoomCare, a prominent health services provider. Kennedy Wilson plans to invest up to $2 million to further enhance the amenities and common areas on site, as well as the leasing office, property signage and branding.

The acquisition of Savier Street Flats is the third significant purchase for KW in the Portland region in recent months. KW secured Heatherwood Apartments in Gresham, Oregon, for $51 million in October 2017 with plans to invest another $5 million in the property over the next several years. In September 2017, the company acquired the Latitude apartments in Happy Valley, Oregon, for $58 million.