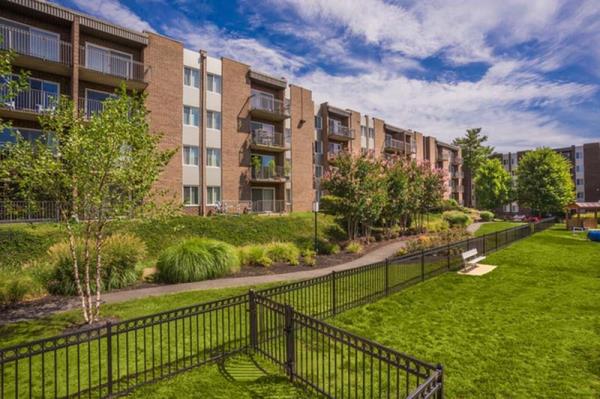 CIM identified the Washington, Arlington, and Alexandria area more than fifteen years ago, and invested in several communities after determining that these communities possessed the attributes that align with CIM’s investment strategy, which focuses on established and emerging urban areas with solid infrastructure and transportation networks.

EOS Twenty-One is conveniently situated just off I-395 inside the Capital Beltway (I-495), and it is four miles from Old Town Alexandria. EOS Twenty-One’s location one mile north of the Van Dorn Metro Station is accessible by a shuttle service provided by the property, which allows for easy connection to the region’s thriving employment centers, such as Washington, D.C., Pentagon City, Crystal City, and the Rosslyn-Ballston Corridor.

Located in the Van Dorn Corridor, EOS Twenty-One is proximate to an abundance of dining, entertainment, and other attractions. The community features multiple common and recreation areas, such as a large clubhouse, fitness center, game room, business center, and theatre room. EOS Twenty-One also offers an on-site convenience store and deli as well as several outdoor amenities, which include two resort-style swimming pools, tennis courts, barbeque and picnic areas, a playground, and a dog park.

EOS Twenty-One was constructed in phases between 1968 and 1972, and its units feature spacious layouts. Renovations completed in recent years to EOS Twenty-One’s buildings, units, common areas, and amenities have transformed the property into a contemporary living environment with sought after conveniences.

CIM brings to EOS Twenty-One and the greater Washington, D.C. area its broad real estate expertise and experience in reinvigorating the communities in which it invests. Since 1994, CIM has made a commitment to enhance its properties by increasing sustainability, efficiency, and quality for tenants, residents, and visitors as well as enhancing the character and value of the communities. CIM’s investments in the greater Washington, D.C. area have included the Park Place at Van Dorn apartments, Rockville Town Center, Waterview Rosslyn, City Vista, 370 L’Enfant, and 800 N. Capitol.