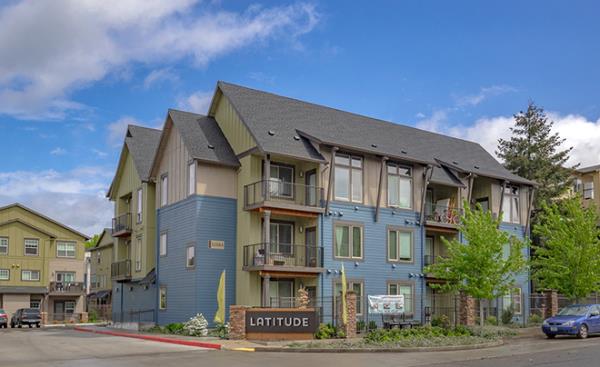 The two sales together are expected to generate a profit to KW of approximately $130M in Q4.

KW will reinvest the proceeds from Summer House and Gardner House into four separate multifamily assets with a total of 996 units in the Pacific Northwest through 1031 exchanges and will also pay down unsecured debt under KW’s revolving credit facility.

The newly acquired multifamily properties, which are on average 40 years newer than Summer House, include Latitude, a 210-unit apartment community built in 2008 in Happy Valley, Oregon, and Heatherwood, a 264-unit apartment community in Gresham, Oregon. The remaining two multifamily acquisitions include 522 units in the greater Seattle and Portland markets, and are expected to close before the end of 2017.

“These sales represent a significant step towards our capital recycling goals and ongoing efforts to upgrade the quality of our assets while creating more liquidity across KW’s portfolio,” said William J. McMorrow, chairman and CEO of KW. “A key part of that strategy lies in our value-add capital and management initiatives. At Summer House, we increased NOI by 109% over seven years while the Bay Area was establishing itself as one of the highest growth job and real estate markets in the country. We are excited to now tap into that value and secure new opportunities in the Pacific Northwest, a region we believe still has a long runway for future growth.”

The disposition of Summer House is the second significant apartment sale for KW’s multifamily group over the past several months. In July 2017, the company sold Rock Creek Landing in Kent, Washington for $109M and used the proceeds to fund the acquisition of 90 East, a 573,000 square-foot office campus in Issaquah, Washington. Within four months of taking ownership of 90 East, the Kennedy Wilson team negotiated a lease extension on 177,000 square feet with Costco. The lease was extended an additional seven years beyond the existing term, securing long-term stability for this well-located office asset.