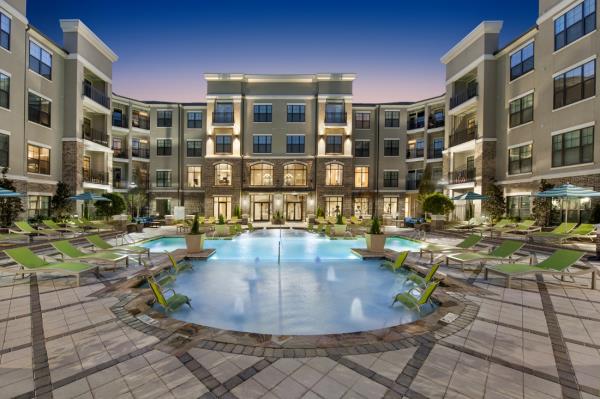 ATLANTA, GA - Starlight U.S. Multi-Family announced that it has acquired The Heights at Sugarloaf, a 330-unit, Class "A", garden style, multi-family property completed in 2017, and located in Atlanta, Georgia.

Atlanta is one of the fastest growing metropolitan areas in the United States, having experienced population growth of 7.8% from 2010-2015, and is currently the fifth largest city in the United States by population. Recent data from the U.S. Census Bureau shows that population growth continues to be sustainable as Atlanta posted the 4th largest population growth in the country in 2016, attributed in large part to the significant employment opportunities. Atlanta houses the headquarters for some of the world's largest corporations, such as Coca-Cola, Home Depot, UPS and Delta Airlines, in addition to the recently relocated Mercedes-Benz and State Farm headquarters. Forbes recently ranked Atlanta as the 9th best place in the United States for business and careers.

Heights at Sugarloaf is ideally located at the heart of Atlanta's country club crescent, which is one of the nation's most affluent bedroom communities surrounded by lifestyle retail destinations, and within 30 minutes from each of North Atlanta's largest employment corridor, downtown Atlanta, downtown Duluth, and downtown Suwanee. Heights at Sugarloaf is the focal point of the Sugarloaf Market development, which is a 30-acre mixed-use development with Heights at Sugarloaf as the only multi-family component. The development will also feature 80,000 square feet of commercial space including a national grocery retail anchor tenant and a future seniors' housing building.

Heights at Sugarloaf is a luxury complex consisting of five, three and four-storey garden style apartment buildings, offering top of the market amenities including an elegant clubhouse, a fully equipped fitness centre with pool views, a business centre with computers, and a package concierge system. Outdoor amenities include a resort-style swimming pool with Wi-Fi, gas grilling stations, a courtyard with park benches and a dog park.