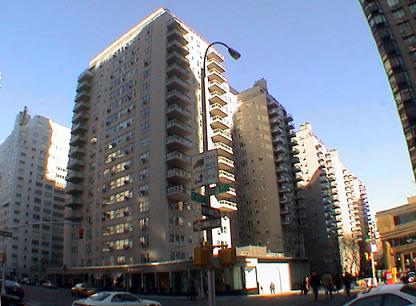 NEW YORK, NY - Despite reaching all-time highs, New York City rents grew at the slowest annual pace on record in Brooklyn and Queens, and among the slowest rates ever seen by StreetEasy in Manhattan, according to the Q3 2017 StreetEasy Market Reports.

Rents in all three boroughs grew less than half as quickly as in Q3 2016. Median rents in Brooklyn rose just 0.6 percent year-over-year to $2,460, and median rents in Queens rose 0.7 percent, to $1,991 — both the slowest growth rates ever observed by StreetEasy. Manhattan's median rents rose 0.7 percent to $2,989, showing some of the slowest annual growth on record since the Great Recession — apart from the first two quarters of 2017, when rents were essentially stagnant.

"While rents remain high, they're growing at a snail's pace. Part of this can be attributed to the onslaught of new construction driving up competition among landlords, but ultimately there is a limit to what renters are willing to pay," said StreetEasy Senior Economist Grant Long. "After years of growth, rents in the city may have reached the peak of what New Yorkers can afford, and high-end rents in particular are stagnating or even beginning to drop in Brooklyn and Queens. If current patterns continue, rents across the board will likely fall as new units coming onto the market are forced to compete with leftover summer inventory during one of the slowest times of the year."

Upper Manhattan rents grew the least. Median rents in the Upper Manhattan submarket failed to lead the borough for the first time in six years, growing just 0.6 percent to $2,202.

North Brooklyn rents dropped, offered the most discounts. North Brooklyn was the only submarket to see rents decline, dropping 0.5 percent since last year to $3,067. It also offered the most listing discounts and was the only submarket where the share of discounts rose: 31 percent of rental listings saw a price cut during the quarter, up 2 percent since Q3 2016.

Queens saw record-low rent growth. After outpacing the other boroughs since the beginning of 2016, annual rent growth in Queens slowed to 0.7 percent, falling in line with Brooklyn and Manhattan and reaching a median rent of $1,991.

The complete StreetEasy Market Reports for Manhattan, Brooklyn and Queens, with additional neighborhood data and graphics, can be viewed at streeteasy.com.