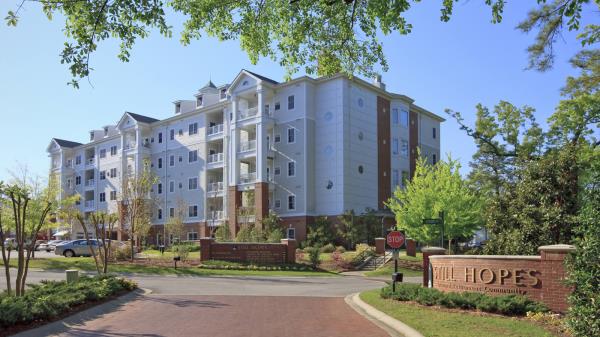 Still Hopes stands on the Guingnard family homeplace known as Still Hopes that dates back to the early 1800’s, which was transferred to Still Hopes in 1977 and still features a 107-year old antebellum style mansion as a landmark to this day. Still Hopes currently consists of 192 Independent Living Units, 24 Dementia Assisted Living Units, 22 Rehabilitation Beds and 40 Skilled Nursing Beds.

Proceeds of the Series 2017 Bonds will be used, together with other available funds, to (i) finance the cost of constructing and equipping a new health center to be known as HealthPointe (48 skilled nursing beds and 22 assisted living apartments) that will replace its existing 40 skilled nursing beds; (ii) fund a debt service reserve fund; (iii) fund interest during construction and (iv) pay certain costs of issuance associated with the financing.

“Still Hopes and Ziegler have a long-standing relationship and Ziegler is proud to be a partner with Still Hopes over the years. Still Hopes stands out as a progressive organization that strives to stand at the forefront of the industry and provide its residents with a world class experience. The Health Pointe project continues this tradition at Still Hopes and the highly successful Series 2017 financing was met with widespread support from the capital markets,” commented Tad Melton, Managing Director in Ziegler’s senior living practice.